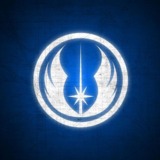 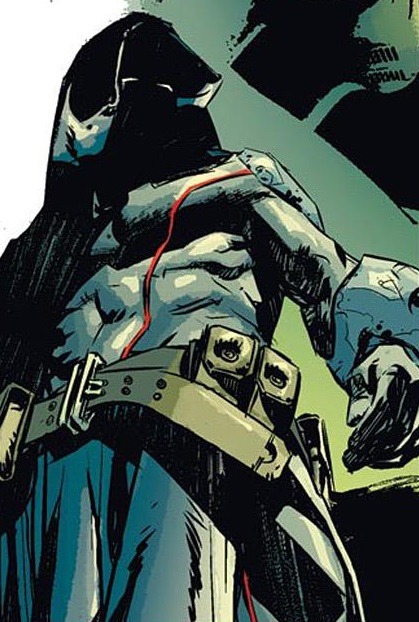 "Nothing is more delicious than your fear, mortal."

Species: Unknown, last of his race

Enemies: The Strigidae sect of the Arcani

The undisputed, ultimate practitioner, grandmaster, and innovator of the Arcani Martial Art known as Vespa, Myrmidon has religiously dedicated his life into the mastery and further discovery of how to utilize this monstrous ability. Possessing an intimate, and quite possibly, the most complex understanding and comprehension of all energies found through of the universe, the Vespa Vanguard has cultivated a "six" sense, the ability to "read" an opponents energy, both physical, and metaphysics. Myrmidon finds it relatively simple to look upon an enemy with this Vespa-Sense and locate key energy points upon his target with sight alone prior to attacking said points, he could target specifics, going for an enemies sight, strength, or even in more alarming displays, target the specific points in which an opponent may access their mutant abilities, effectively "switching off" their X-Genes for a period of time. He is truly monstrous when tested.

Inherently gifted with the esoteric arts due to his age, experience, and natural aptitude, Myrmidon is able to shape, carve and manipulate the very earth with simple hand gestures and mere thoughts. Any material that once possessed or would possess any earthly material is able to be manipulated.

He can effortlessly carve through rocks with mid-air palm strikes, able to push/push rocks, able to levitate pieces off of the ground and throw them at an enemy, create sandy smoke screens to obscure vision and even use the earth to see and hear through vibrations. The earth can also be used to defend oneself is trapped, he can "sink" into the ground and re-appear upon command anywhere in existence with seemingly no delay. He is able to stick his feet to the ground during battle to avert himself being thrown backwards by wind users or powerful energy blasts. His manipulation goes far enough to affect small mountains, being one of, if not the most powerful earth bender on the planet. Other applications of these ability allows Myrmidon to coat himself with rocks to absorb damage, or manipulate an enemies earth which they may be resigning on and around their feet, giving him the ability to attack during this time of distraction. He can also create rock/sand troops to help attack or distract during battle.

The applications to this power are almost infinite and in reality, is all down to the wielders orthodox, and unorthodox imagination. Through his esoteric form of earth manipulation, The Vespa Viper is able to manipulate metal of all kinds, even non-magnetic, synthetic, and alien metals can be manipulated beyond natural contortion. This ability can be used mentally without movements of the hands due. Due to his innate connection to the earth, Myrmidon is able to manipulate tattoo ink and use it for a variety of ways, he can construct makeshift bandages if cut, coat his eyes to stop acidic attacks, coat his lips to stop being infected by anyone who may wish to infect him via kiss, and even place tattoo ink onto another and use it upon their throat and choke them out. Perhaps his most nasty, and vicious tattoo ability is to destroy opponents internally, coating their insides, crushing veins, causing strokes, heart attacks, and even crushing organs.

Myrmidon rarely uses his ability of electromagnetism distortion, however, he is capable of channeling his powers to manipulate metal of all kinds, even non-magnetic metals and alien metals, contorted, and used beyond their natural means. This ability can be used mentally without movements of the hands due. On both of Myrmidons upper wrists lies a contraption that is able to fire out metal rope, this rope can be used to ensnare an enemy, whip an enemy or swing from building to building. Metal bending can be used without direct contact upon the metal, for instance affecting a metal pen on the other side of a room or cables under a city street.

At a base level Myrmidon is biologically gifted with a natural aptitude for physical combat. His body being able to easily lift over 100 tons with ease, break into hyper-sonic speeds and even able to perceive real-time events in picoseconds (much to his dismay, considering he is immortal... Time drags on slowly).

However, all of this is prior to his external augmentation. Once every 1000 years, Myrmidon has to "recharge" his abilities, and during this he attains his base level. But for the duration of his non-recharging period, and through countless years of grueling combat and absolutely peerless experience using many forms of exotic energies, technology, runes, and more, combined with a religiously disciplined training system Myrmidon has intensified his physical prowess to that which only a few within the universe could ever achieve.

His body has adapted to the continuous threats upon his being, growing ever stronger, faster and simply better. Evolution at it's finest, time being his greatest ally.

He is now able to effortlessly lift and sustain an unknown amount of weight while even on the heaviest gravitationally affected planets, this is due to his muscular and skeletal system having to evolve to each and every threat over billions of years, it was only a natural progression. The same can be said for his mind, he is able to perceive the world in slow motion, his "brain" has slowly but surely adapted to comprehend and react to speeds which even transcend light if warranted. The only true ability Myrmidon ever possessed was the ability to evolve. His body is able to adapt to external stimuli and adapt and overcome to become the pinnacle of evolution, whatever that may be.

The force is a metaphysical, binding, and ubiquitous energy found throughout the entire universe and only detectable through esoteric or exotic technological means. Myrmidon is able to access the force through an intricate knowledge and understanding of all energies, able to exponentially increase everything about his being, from physical, to mental performance. Able to "feel" ripples in the force and detect attacks before they have reached him, able to utilize the force and mimic a form of telekinesis and even telepathy. The force resides in all living things, this allows Myrmidon to utilize the force to heal himself during battle, the limits are unknown.

Due to his almost impossible age being older than the conceivable universe itself, he had faced off with an almost incalculable amount of telepathic users. The repeated exposure to psionic/telepathic assaults onto his mind over millions of years has rendered him with an automatically enacted evolutionary defensive mechanism capable of resisting and defending against even the mightiest of telepathic wielders. His biology dictates a form of psionic detection allowing his body to actively refute any attempts upon his mind. Upon the realization he would be suffering from a telepathic attack his mind would "dump" an unmanageable amount of ambient memory upon a target completely annulling their ability to read nor steal information. The standard human or alien mind can only hold so many memories, Myrmidon however, has no limit. He could easily transfer a vast quantity of millions upon billions of random unusable memories into the minds of any possible attackers rending their attack futile. He could open up a labyrinth of memories to try and turn even the strongest attack into a maze of endless turns while trying to locate his actual thoughts or important memories. All of this is discounting the fact he has been mastering his body and mind for the billions of years, that alone, accounts for his unmitigated mental solitude and fortification in the face of even the most unrelenting mental bombardment.

The seal of Myrmidon: Constructed during his time with an alien race which utilized life-debts in exchange for certain services, Myrmidon mimicked such a ritual and has an immovable tattoo upon his left palm. A golden symbol representing his image subtly glows whenever required and upon a handshake, when both parties agree, it creates an unbreakable bond within the universe -- If the bond is broken, whatever is decided at the time shall happen as a consequence.

The Blades of Division: The Blades of Division were crafted by the Court of Arcani and gifted to Myrmidon generations ago. Both blades are tipped with the strength and sharpness of diamonds, although, this is meaningless when accounting their inherent ability. They have the capacity to upon contact, rob an effected item of it's thermal energy down to sub-atomic level going below absolute zero.

The atoms inside of the effected zone would effectively break down to their subatomic parts, and then their sub-sub-atomic parts. In the fraction of the micro-split second that zero Kelvin is reached the matter would simply cease to exist. This can be resisted however, if the enemy possesses abilities to control their own energy and somehow redistribute it back into the effected area, they would be unharmed save for the actual physical blades attack.

Forearm/Gauntlet blades: Myrmidon possesses two gauntlet blades, these blades are stored within his gauntlets and can be retracted and protruded through usage of his Metal Yoso. Made from an unnamed mystic metal they are able to cleanly cut through most earthly materials without much effort, although, they are not indestructible and can be broken, as they often are. Simple weapons with deadly consequences in the hands of a master such as Myrmidon.

Huntsman marbles: Gifted to the Vespa Viper by an ancient hunting tribe of an alien world, these little marbles are semi-sentient beings telepathically connected with their owner. Stored within his utility belt he carries twelve. They are capable of doing just about anything a living marble could do, each marble contains it's own personality. They can be used to scout areas, used to attach an enemy, used to communicate with people all over the world, etc. Their uses are quite plentiful.