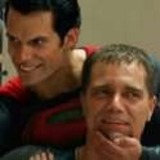 This is actually a really nice rundown - I'm surprised.

I thought when Batman was facing the Reaper, there was a panel where he was shown moving past Joe Chill, even forgiving him in a way realizing he was a product of his environment...but that could have been from a different story altogether. Or maybe it doesn't even exist...hmmm.

I absolutely disagree with the people saying the Wayne's killer should be nameless. They couldn't be more wrong. Having Bruce face his biggest tragedy, and get closure, and decide to keep being Batman...that's what makes sense. That's good storytelling and good character development. Having the killer be nameless just blurs Bruce's motivations and allows for teasing the audience. Batman is bigger than something spun out of the tragedy of his childhood, and moving past Joe Chill shows that.

Is the bond comic related to the current film continuity?

It's by the guy doing Beyond but is not related to Beyond? Since it's by the same guy/team, it's probably set in this new movie verse. So...meh.

If CBS had confidence in this series it would be being broadcast, not being used to push their doomed-to-fail attempt to get in on the Netflix side of things.

So much that Walking Dead couldn't even say "Fuck" at least once when it would have fit into the scene perfectly.

Preacher is very language heavy. AMC is lot more conservative in the cursing department compared to other channels like FX, Showtime or HBO

AMC is not more conservative. They had TWD say the N word, which is far more controversial than the f word. FX? You have to be kidding. SOA almost never used harsh language, and if it belonged in a show it was surely that one...

@muyjingo: there is no doubt that identity crisis isn't canon. There's no way that story could work in the new continuity. It requires ralph, and sue dibney, and a Justice League team that has been expanded way more than the original 7 and the few new recruits after Throne of Atlantis. Doctor Light is also a completely different character.

No, all there is is doubt. I wish it was as simple as you say, but it isn't. Numerous events and stories from the PC universe (not just in the Batman books either) have been referenced as having happened, even when that doesn't seem to make any kind of sense or even be possible.

I agree though, it seems like IC is probably pretty unlikely to have happened, given Doctor Light being such a different character.

@rajabuta: Yeah, but none of that makes sense. He knows that it is wrong to tamper with memory, and the chair would reinforce this, so it doesn't make sense that he would do it. To me, it's just bad writing, but lets agree to disagree.

Worst part is though, now they've made Bats into a hypocrite.

@rajabuta: Isn't that contradictory though? If the chair grants absolute knowledge, to see and know everything....then he is right to think that he can't be wrong? I can see that affecting his demeanor, affecting his foundations etc...I don't see it resulting in him compromising his morals or his humanity.

Really, the book should focus on him dealing with being overwhelmed, but I guess that wouldn't be as entertaining, not going and tormenting someone responsible for something he moved past already.

@rajabuta: That's an interesting way to look at it. Is that just your take away, or is that explicitly stated in the book?

@muyjingo: I respectfully disagree. Batman is intoxicated with "Power"(Knowlege). I think its a bit unreasonable for anyone to expect him to act otherwise. I personally liked the issue. Here u see him slip and give into his own personal desires for a moment, by going to torment Joe Chill in prison. However he caught himself(also my opinion) and just wiped his mind and left. I feel he will do something simmilar with the joker.

Disagreement is just an opportunity for a good debate, so let's get into it :)

My point was that he has been intoxicated with power before, and he hasn't lost himself as he seems to be doing here.

The Joe Chill thing seems especially out of character, not only because of his own experiences during Identity Crisis, but because he faced his demons regarding Joe Chill some time ago.

Although, maybe not, since they never bothered to clarify what is canon and what is not.

I think Batman's respect for people, for life and for free will are core to his being. I don't think he would be so easily compromised by having this power at his fingertips. I understanding using that power to satisfy some personal issues, but toying with memories is so very out of character IMO.

Honestly, I doubt that will even be addressed because this seems like fanservice more than anything to me, but I will wait to see how it plays out.

I haven't read the issue yet, but I really have a bad feeling that Batman is being written out of character. His stance on toying with memories I think is pretty clear from Identity Crisis, and (I may be wrong on this), but I don't think tends to lose his humanity so easily. It's what defines him, with the fear being only a tool. The closest I can think of where he does lose it is in a Superman/Batman issue where he gets Superman's powers, but even then it showed him as driven and obsessed, not explicitly lacking in his humanity.