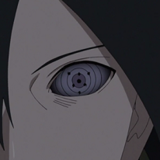 Merry Christmas to everyone !

@mudamudamuda: I was only able to take a week off of work for vacation, but it was a fun week nonetheless.

That's most likely the reason. Though I suppose he could always just make an alt if he really wanted to come back in the future. Lol

That's true. Maybe he will be back someday. :)

@mudamudamuda: Naruto can match his speed since it's proven in the fight because he indeed is keeping up. But hear me out, for instance, Sasuke has a bunch of speed highlights. Naruto has a bunch of endurance highlights. So since Naruto has more endurance highlights, that doesn't mean sasukes endurance isn't close to or as good as Naruto's since its proven in this fight Sasuke has alot of endurance. Same with speed. Naruto has his moments. Just not alot, so they're not really memorable. Naruto is as fast as Sasuke when he isnt teleporting.And this fight proves, yes, he is able to keep up.

BUT since Sasuke has sharingan, he will get more hits off. But that doesn't mean Naruto sucks at taijutsu. Because he was blocking and/or dodging most of Sasukes attacks in the taijutsu moment in the beginning of the fight. Sasuke only hit Naruto 5 or 6 times after like 50 or so punches thrown in that scene cause Naruto was blocking and evading. Naruto is good at taijutsu, right along side Sasuke.

So... You do realize that you are making a circular argument here, right ?

This logic simply does not work because I am arguing that the exchange used is biased in Naruto's favor and hence is invalid, so of course you cannot use this fight to prove that Naruto should be able to react in this same fight. It simply makes no sense.

For instance, if I want to prove a point regarding Sasuke's skill I can post something like this :

Similarly, if you want to argue that base Naruto can handle Sasuke then what you should be doing here is posting speed, skill and taijutsu feats of base Naruto that should objectively make him able to do so.

Also, it seems that you are misunderstanding. Saying that Sasuke is more skilled at taijutsu does not mean that Naruto sucks at it... it just means that Sasuke is better at it lol

You must have been keeping very busy then. It honestly feels like more time has passed to me. XD

Good to hear, bro. And I've been alright for the most part. Too bad Summer is over, though.

That's what I'm wondering. He told me Comicvine was taking up too much of his time that he could have been spending on gaming and with his girl, if i recall. It still seems a bit extreme to ask for your own account to be banned, but i suppose it isn't exactly uncommon.

I guess so, I did spend most of the summer vacation revising, so I didn't really feel that time passing either. :/

Ah, I see. I guess he really wanted to make sure that even if he got the urge to come back he wouldn't be able to. Seems a bit weird to me as well but I can understand. Well, I hope everything will go smoothly for him in the future.

A little over 5 months, my man. And you said that you should be back by mid-May. :p

Well, at least you'll be around, even if it's only occasionally. Hopefully you've been doing alright?

I know... He was inactive for a few months, then signed in out of the blue. He stuck around for a few weeks, but I guess he got tired of debating here for some reason. Not sure why he decided to have a mod permanently ban his account, though.

Wow, 5 months already... It didn't feel all that long for some reason...

Yep! I've been doing pretty well (so far at least). How have you been doing ?

Ah, I see. Why would he get his account banned though ? Seems like he really doesn't want to come back. :/

@mudamudamuda: gotta get to u on that later. Computer acting up.

Not a problem. Though if you take too long then you may end up having to wait till the next week end for a reply lol

@mudamudamuda: Nice to see you back in action, bro. :)

I was starting to think that you would never return to the vine.

Thanks, bro. It's been a while!

Honestly so did I for a while lol But I guess I will be logging in from time to time, mainly on the week ends for a while. :)

A shame PDP left though :/

To me, someone in base is someone who isn't using any kind of power ups. Rinnegan and Sharingan included.

So Naruto vs Sasuke without any kind of fancy power that boosts stats. Just skill, tactics, and strategy. It matters because that Sasuke is fighting a BASE naruto even though Sasuke isn't in base himself.

Ok, so why does this matter at all if this "base Sasuke" Never fought base Naruto ?

The skill is equal.. they're the same in tai. Sasuke's Sharingan just gives him an edge.

Their skill is not equal at all, but even ignoring that since you clearly have no intention of conceding the point, Sasuke should have absolutely no problem whatsoever beating someone "as skilled as him" with the ridiculous difference in speed and reflexes between Sasuke and base Naruto.

And Sasuke, without rinnegan, isn't as fast as Juubi Jin Madara.

What do you mean "without Rinnegan" ? He very clearly had his Rinngan active during the fight.

I said naruto wasn't extraordinarily fast in base form. But he is fast. He has sharingan, right? But that doesn't mean Naruto can't react to the things Sasuke throws out. In most of the taijutsu Naruto was blocking and dodging Sasukes hits because he can react to Sasuke. But Sasuke can just react faster due to his sharingan. Doesn't really make him any faster.

I don't think you realize how the Sharingan works. It is an ability made specially so that the Uchiha can fight people who outclass them in speed. Think back to part one, remember how fast Kn0 was ? He was blizting the heck out of Sasuke even though he had the ridiculously increased reflexes of 2 tomoe Sharingan :

And what happened once Sasuke unlocked his 3 tomoe ? Naruto could not land a single hit on him despite still having his massive speed advantage. In fact, Sasuke was not only able to see in slow motion Naruto at that level of speed, he became outright able to see his future moves before he even executed them :

So how can you possibly argue that Sasuke with an obvious speed advantage, would have any kind of trouble against base Naruto while using the Sharingan against someone who cannot match his speed to begin with ? That makes no sense.

But sure I'll post some Naruto skill. But don't expect a pile of bodies because in the series, people never like 100 v 1 naruto in just taijutsu. Closest to that I can remember is The Last Naruto taijutsu blitzing about 25 to 50 ninjas.

Other than that, base Naruto isn't really extraordinarily fast from what I can recall.

Can you define what a base Sasuke is ? And why this matters at all considered the Sasuke who fought base Naruto had both the Sharingan and Rinngan active ? We are here talking about how the Sasuke who fought base Naruto should have easily pewned base Naruto within seconds, due to the difference in skill, speed and reflexes thanks to Sharingan/rinnegan. Also, the 4th Raikage does not teleport, you are thinking of 4th Hokage, and Juubi jin Madara is faster than both either way (speed wise, no space-time ninjutsu)

Yes, indeed, he is not extraordinarily fast. Which is precisely why he should have gotten pewned by Sasuke who had his Sharingan active and which allows him to keep up with and fight against people far faster than himself, let alone someone slower like base Naruto.

@mudamudamuda: Doesn't the fact that Naruto has kept up with Juubi Jins and Kaguya show that he is on that level of speed not to mention reacting to these

Which are some of the highest quantifiable feats in Naruto. As for the Raikage

Obviously because the writers were being biased in Naruto's favor. :)

No it isn't. Just because you can't see Naruto's really good skill in taijutsu...which on your part is bias since you ignore it.. doesn't mean "the show is bias i claim bias".

If anything Sasuke was the one putting the hits on Naruto before the Indra Arrow clash(cause after that Naruto got serious and idk why). It's not bias. It makes sense. Lmao. Sasuke's taijutsu isn't anything really special. It's still not even on Rock Lee's level. His taijutsu with the sharingan is though.

Tbh Idk why Naruto held back that much. He was literally playing the defense and not fighting Sasuke with barely half of his power because he wasn't even offense that much.

Naruto held back and still stalemated Sasuke who's trying to completely eradicate him. That's a shame on Sasuke's part.

Ok, so you say that Sasuke is not that skilled ? Then can you show me feats that put base Naruto at this level of skill ?

And while you are at it, can you show me feats that put base Naruto at juubi jin Madara level of speed ? Or maybe just the 4th raikage ? Because otherwise Sasuke speed blitz and pewns.

we dont really know, maybe because of his constant trolling or being disrespectful to other members/mods......

or he wanted a "fresh" start since nobody took him serious anymore :P.

this is his alt

he tries to deny that he is darkraiden (who wouldnt ^^) but darkraiden is easy to spot thanks to his "unique" debating style which we all love....

and jashro44 already confirmed his alt

Now I know which new account to look out for so thanks ! :)