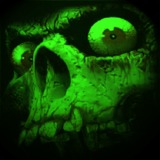 9 Doctor Octopus fights that are not with Spider Man

Somebody on here once said that I never ventured within the Battle forums, which of course I've been stalking that certain part Comicvine to cure a certain curious thought of a certain fight. But after reading Doctor Octopus's bio within a few Marvel encyclopedia's, I was baffled as to how they neglected to mention quite a batch of Doc Ock fights that had me interested as to how it went and if Doc Ock managed to gain any victory. Well, I was more baffled how Marvel tends to isolate Doc Ock into the Spiderman series and steer away from his attempt on trying his luck against any other hero, maybe after reading this blog you'll find out why.

Tale of the fight begins with a former Daredevil girlfriend, Heather Glenn, being kidnapped by Doctor Octopus after discovering the good Doctor was secretly doing business with Glenn Industries. With the situation resulting with Daredevil coming to the rescue, Doctor Octopus finally gained his chance to go toe-to-toe against the Guardian of Hell’s Kitchen. Even though both Daredevil and Doc Ock gave a decent fight, it was practically Daredevil who was having the upper hand because of his super senses, as you can see below. Eventually the fight came to an end with Doc Ock accidentally smashing an electrical box with his arms that resulted with the Doc getting shocked and begging for mercy, which of course resulted with Doc Ock losing.

Let’s just say that both Daredevil and Doc Ock did give a decent fight that we usually get with most of the Spiderman fights, sadly this is one fight that many Marvel researchers easily overlooked when making any Doc Ock publication history.

Who would think that a fight between Doctor Octopus and somebody like the Hulk would result with the good Doc having an OWNED moment? Something that has baffled any sane reader who’ve managed to read this one issue when seeing Doc Ock practically taking down the Hulk less than two pages. Tale of fight is simple, trying to gather his old Sinister Six buddies once more, Doc Ock decided to do this with intimidation and a fancy new set of Octo Arms. And he did this by throwing poor Spiderman fifty something feet away from the scene and completely beating the holy hell out Marvel’s most powerful hero without having single chance to throw any type of punch. Kinda had any stereotype 90's villain baffled on who wouldn’t wanna join a guy that could easily take down the Hulk?

Well after seeing Hulk lose in what was probably the sorriest fight in comic history in Round 1, Hulk finally got his rematch and regained some dignity when the good Doctor decided to hit the Vegas strip and ended up causing trouble in the same casino where the Hulk was acting as an Enforcer for the Casino. This fight utterly ended the most hilarious way imaginable when Hulk easily defeated Doc Ock with a single finger. A hilarious and well fitted ending for a Hulk fight.

Sorry for the lack of pics with this fight, but as anybody probably guessed, it wasn’t a highlighted fight that didn’t quite end well for the Doc.

Tale of the fight began with the Good Doctor trying to get Captain America’s shield so that he could analyze the metal and use this info to create new and improve arms. But of course this bargain issue ended with Captain America quickly putting down Doc Ock seeing how he showed the Spidey villain he had better things to do than to deal with a misplaced villain.

Well, I’ll be as direct and honest as I can be with the two battles that both Doctor Octopus and Ironman shared throughout Marvel history. First fight began with Ironman crossing paths with Doc Ock the first time after the good Doc caused a pair of admantium tentacles to break him out of prison, which of course caused the attention of the armored avenger. After a brief tango with the mechanical arms and a handful of other villains, Ironman found his suit ripped to shreds by Doctor Octopus. With Doc Ock having a win over Ironman, the second round came quite surprising when we see our beloved hero gain the victory over.

Dr Octopus with a pair of admantium arms of his own, being the first and probably the last time we see a Doc Ock Iron Man.

As for round 2 during the event known as Fear Itself? This is where I become as direct as I possibly can when saying that I could give a crap how this fight went seeing how Marvel stopped using the most basic form of logic after Siege.

Winner: Iron Man with a pair of Octo Arms of his own

This has got to be one of the most pathetic moments Dr Octopus could ever go through in Marvel history. The fight starts developing when Reed Richards is in dire need for somebody who has experience within the fields of radiology and it just so happens to be that Dr Octopus is that lucky man. Visiting the small and frail looking Doc who looks like he would easily faint from a sudden “BOO”, Reed pulls a little psychological heart to heart to get the good Doc to agree on helping Reed with his personal problem. But by the time Doc Ock saw Spiderman’s shiny mug on a billboard, flashbacks kicked in and our beloved Doctor was back in action.

Let’s just say that this fight proved to be that Doctor Octopus isn’t much of a challenge for Mister Fantastic seeing how he quickly stopped the good Doc by simply turning off his arms.

Dr Octopus Vs Dazzler and Angel

Ever seen one of those moments where some random guy feels the need to ruin a perfect date? Well that’s what happened with Doctor Octopus when deciding to go against Dazzler and Angel. Let’s just say that the whole moment was all about Dazzler and Angel being difficult lovebirds and much like any sane reader, some readers actually agreed with the good Doc when he quickly grew annoyed by the two and did something right for a change by trying to ruin the misplaced moment. But sadly, Doc Ock never had a chance seeing how he was just thrown into the storyline by the writer as an attempt to add something that was known as excitement, Excitement that quickly lasted with Doc Ock being defeated by a superhero who was a decade late.

First encounter took place in a morgue where it wasn’t actually a fight, more like Doctor Octopus getting the drop on the Punisher by knocking out the poor vigilante. The second fight kinda reversed itself when seeing how the Punisher had the drop on Doctor Octopus this time, only to find himself getting owned by the good Doc and forcing him to swallow a mouthful of deadly poison that almost killed the vigilante if not for Spiderman saving the day.

From The Amazing Spiderman Vs Superman

Seeing how Doctor Octopus can’t tell the difference between both Superman and Spiderman, I had to add this one into the batch of Octo fights. Even though Doc Ock tag-teamed alongside with Lex Luthor as both villains were bent on ruling the world, Doc Ock managed to get his chance to go against Superman when having the Man of Steel tossed around before the hero literally smashed the holy hell out of the good Doc. Hardly a fair fight that predictably ended with Doc Ock suffering more brain damage and a smashed pair of glasses, but maybe he this time he can now tell the difference between Superman and Spiderman.

If you know of any more Doc Ock fights that wasn't against Spiderman nor any of his close allies, please feel free to share so that I could add that certain moment into my Doc Ock collection. BUT, I could care less on who Doc Ock fights after the Heroic Age took place. I also do plan on discovering other villains fights that wasn't against a primary hero.

Thank you for reading.