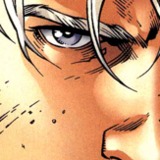 way of the SWORD

Haseo is a highly intelligent individual who is also calm, sophisticated, and arrogant due to his aristocratic upbringing. Haseo has a lot of charisma and he is a great strategist, able to create very complex plans that are able to predict people actions and thinks very little of himself. But due to his manipulative nature, it is hard to question if his intentions of defeating evil is his true goal, or something else.

AX-R30 is an anti- mutant/immortal gun, the rounds where specifically designed to kill mutants/immortals and has 6 rounds per clip

Haseo's main weapon, for being a master at bladed weapons he grew fond in the sword, hence the name of the organization got its name. the sword is made from a compound called, Xitram witch fused with 4 other alien metals became indestructible and can never brake, as well as cut threw any solid object known to the human race.

Tiger sword: this sword has been past down generation to generation, now ending in Haseo's hands, on the surface it looks like an ordinary sword that you swing it with the blade the kill somebody but down to its genetic makeup it as a powerful new night structure millions and millions and ammonites encompass the blade making it too prone to all types of different scenarios can go from regular blade to blade that hazards electricity or blade that's sharper than usual can cut through the thickest armor or a blade that can bend and twirl a blade that can even extend 50 feet Haseo has mastered all these techniques and uses them all in battle.

Gravedad: Haseo has the ability to telekinetically move and levitate his trademark weapons exclusively, with the use of magnetically-charged gloves.

Zaprialli: Zaprialli is a mutant ability that steals the powers or abilities of a user and able to counter mutant abilities with complementary attacks that would render them powerless, for a very short period of time. Since this ability physically exerts too much energy, Haseo will need to rest before using it again. Because of this, the hero prefers to use Zaprialli as a last resort.

Fast-Forward: Built like a cheetah, Haseo's superior physique allows him to sprint up to 100 Miles Per Hours. However, there is a catch. If he abuses his body to the maximum, the results will be costing. Haseo could seriously tear a vital ligament. Worst cause scenario is dying from a seizure or a heart attack, which is why he must take short bursts.

Enhanced Regeneration: Haseo can heal rapidly from any physical injury; the rate of recovery is three times as fast as the normal human. Wounds heal in a matter of minutes. Severed or missing body parts may be replicated in a matter of hours. However, if Haseo suffers mortal wounds too grave to heal with time, he may die.

Master swordsman: Haseo has trained in the way of the blade for 300 years and knows more then any human. any Earth bound sword style he has mastered.

Weapons expert: Haseo has mastered 90% of human hand held weapons from the m-14 to the musket, he uses 2 Arc side arms as his main weapons on Earth.

Strategist: do to Haseo's intellect and genetic makeup Haseo has been gifted with IQ of 250 because of this extremely high IQ compared to humans he is never lost the battle, well a war at least. before anybody can react Haseo has 18 moves ahead of you thinking every situation in any situation I can come and play.