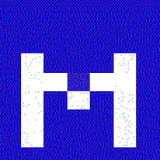 Beware the Batman "Family" - Welcome to the Family

After an odd two week hiatus Beware the Batman is back for the month of September. Starting off with “Family”. An episode that gives the show some much needed serialized texture tying up some plot threads up and exposes new ones. Like “Safe” the episode that started this intro to the League of Assassins arc, “Family” has just about all one would want from a good to great bit of animation: solid action sequences, a couple decent twists, and an overall level of competency.

I must admit that it wasn’t until the final 5 minutes that “Family” went from solid enough to great. With Breaking Bad on it’s final run the usage of cold opens has been one of the more favored techniques used in that show. “Family” really could have used a cold open. How great it would have been to have that temporally nascent tight pan of Batman and Katana back to back, slowly revealing League Ninjas, before things time seems to explode with the coming fisticuffs. Once Ninja batch 105 is dispatched enter Silver Monkey and his talk of quick deaths. A pass from both and smash cut to the 15 second title sequence and a commercial break. The tension created by removing the viewer on two levels from the show (title sequence and commercial break) would have been far greater than the miniscule tension created by what they did. Quick title sequence into what was described above and then smash cut to commercials. An OK,; if generic opener.

Bethanie Ravencroft lures Bruce Wayne to the Argus Club (sc?). From there her traitorous relationship with Silver Monkey is revealed and that sets up all the necessities for some Batman-Katana beatdown. It’s too bad that her soul was locked away in the sword. Having Bruce Wayne seeing a psychiatrist has always been one of the more interesting random girlfriend jobs. Always the possibility of some psychological readings and bit of tension as Wayne has to not act like totally false. Batman Forever, for how uneven and unsure of it’s identity it is , really had something with the character of Dr. Chase Meridian. Overall Bruce’s dates with Ravencroft were handled well, they were the first time Anthony Ruivivar actually had a bit of playboy swagger and distinction to his voice. The writing for this episode was overall pretty good in the witty dialog department.

Having Bethanie’s soul actually be taken by the sword proved to be rather shocking. In most superhero shows (live action and animated) once they showed us Batman tipping the acid onto his bindings, one would expect him to break free and takedown Lady Shiva, Silver Monkey, and Ravencroft in one foul Batman swoop. He never even gets the chance. The acid doesn't work quick enough and Ms. Ravencroft’s soul is now locked away in an antique sword. For all intents and purposes Beware the Batman has had their first on screen death.

O Silver Monkey. You started off being treated as a Bane figure by this show, but you were not Ra’s Al Ghul’s legacy. With the Soul Taker sword in hand, he planned to overthrow Lady Shiva and take over the League of Assassins ( I guess day to day operations at least). He just didn’t remember two simple rules: 1) Nothing happens in the League without Lady Shiva knowing it and 2) the Ninjas fear Lady Shiva more than they do Silver Monkey. Unfortunately for him he doesn't get to join Bethanie in the sword, something more painful and longer lasting awaits him back at headquarters. This is a long shot but hey what if he becomes Bane? It’s a TV show they could do it!

Batman’s artstyle and overall mise en scene(the world of the frame) has been largely hit or miss with viewers. I don’t particularly care for Katana’s design (her forehead is way too big). And Gotham doesn't exactly feel like the bustling metropolis one envisioned. Lady Shiva on the other hand, her design, I absolutely adore. She is full figured with a tinge of sexualzation with the bare midriff. The dark and deep reds mix beautifully with the shiny but still kind of muted gold accents. Best of all when it’s all put in motion it looks better than anything this show has done before. It’s almost like she is from a darker interpretation of the show. Lady Shiva looks like a character everyone else looks like a bunch of toys.

All of this is a lot to work through with the majority of the show being a series of action sequences. Which for the most part are competent, there is a distinct lack of standing elbows. Setting everything in the Argus Ritual Room allowed for a nice big open space for animators and director to show off the action. Every now and again there would be a cut to a high angle shot from the chandelier that gave an impressive sense of scale It isn’t until the very end, when Batman hits Lady Shiva with a nice combo to the head and body that the fistic violence gets some weight. For a show that has allegedly been so wrapped up in tragic cultural events the fact they have Batman so blatantly hit a women is a bit surprising. It wasn’t that long ago that Spider-man wasn’t even allowed to hit anyone. With Katana around one would expect her to be Lady Shiva’s main sparring partner

Revelations hinge on two things. The information that is about to be revealed to the audience and how it can recontextualize or inform them about previous events. And the delivery mechanism. Bruce revealing his identity, that he knew about the sword and Katana and that he used it to play the League against one another doesn't recontextualize to much. It goes to reinforce what Beware the Batman has shown about Bruce Wayne since the beginning: he is a master detective. It’s always kind of lame on the internet when you get such platitudes that Batman never loses or Batman is the smartest man ever. Because they always come without the context provided by media. Beware the Batman has been building to this reveal since the beginning and earned it.

The Bits At The End

Michael Mazzacane can be found many places on the internet but mainly onTwitter @MaZZM and on Tumblr at mazzz.net