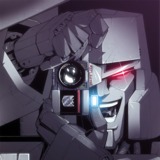 Hope he gets his own show and I won't have to wade through the crap.

So what about trusting men with long hair that don't tie it in a pony tail? Are they okay?

Nice review. Like the captions they made me chuckle.

Cool pitch. I'm not really 't familiar with Moon Knight but there are some great casting choices. Like the choice for Moon Knight since the actor plays a similar role in Mr Robot.

Id love to see a Ghost Rider series and I think a Moon Knight series would be a cool way to start the more supernatural shows . I read a little about Bushman and he teams up with Scarecrow so maybe he could appear and that could be a bridge between Ghost Rider.

Id do a Ghost Rider pitch but I am not good at fan casting.

DC Collectibles and NECA wiped the floor as per.

And great to see you around again!

Ah thank you dude. Have missed the place.

What other games have you been playing?

Off the top of my head Door Kickers, Hotline Miami 1 and 2, Stick of Truth, FTL, Papers Please, Beginner's Guide, Battleblock Theatre, Among The Sleep, Gunpoint...a fair few more besides.

That is alot of games heh.

Any games on console?

Well I don't anything has changed in my account..

What other games have you been playing?

What is a "serious collector" exactly?

There are great horror films out there you just have to look a bit more to find them.

I thought it was pretty good overall. Certainly wasn't as good as Daredevil was. But I enjoyed it overall.

I think character development could have been used and written better. I thought the plot whilst good and I think midway through and the last couple of episodes was really good. I am really not that familiar with Jessica Jones as a character and I think they did a good job with her, I don't know the character so I can't judge based on the source material, thought the actress did a good job would have liked to see her do more with her powers though. I don't feel I know the character as well as I did with Matt Murdock after watching Daredevil, just felt like they did more with Daredevil all they could do in a first season anyway. I am familiar with Daredevil as a character unlike Jessica Jones but I think they could have had her do other things the character does rather than just look for Purple Man for an episode or two. Speaking of Purple Man he was great. Certainly a big reason to watch the show.

I wanted to see more of Killgrave he was a really interesting, creepy and well thought out villain. The way he used his mind control not just to control people but to cover his tracks and keep himself hidden was fun and entertaining to watch. Just wish we got a bit more time to delve into his head. We did get to delve though. Just wanted to see more of him, we could have gotten more scenes where he saves and helps people would have helped to show more of how messed up and wicked he is. David Tenant did a great job.

I just don't think it did as much as it could have with the time it had. But what was done overall was good and well done. Liked the idea of the mind control victim support group, really interesting idea.

Liked the show would recommend giving it a try just don't expect it to reach the levels Daredevil did.