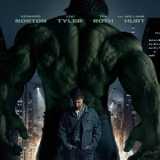 I recently decided to read through Ghost Rider Classics Danny ketch Volume 1, which from what I've heard is the best run on Ghost Rider. So far I have to say I've been enjoying it, I like the mystery that's being built up between Danny and the Ghost Rider entity and for the most part the book functions quite well as a horror comic. Volumes 1 and 2 have had a bit too many crossovers for it's own good, but I get the feeling that was a general 90s Marvel problem.

I want to continue reading through the rest of Mackie's run on Ghost Rider, but there's only one problem. Marvel stopped collecting this Ghost Rider series after volume 2. So my question is, is it worth hunting down the remainder of this series in single issues? Any thoughts would be appreciated.