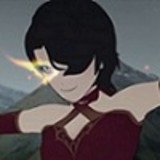 Doc Ock's spare arms recover James off-panel and take him back to his family. Otto proceeds to break every bone in Spider-Norman's body before sending him back to his own dimension using the shard from the web of life and destiny. In a video message that goes viral, he then denounces the Superior Spider-Man identity and labels it a weakness, and that anyone who crossed his path back seeking retribution will be considered an enemy to him now.

Otto visits Anna Maria and Emma in hospital, telling them that while he is somewhat aware of his days as Superior Spidey, he no longer has any existing memory of Peter's identity. He vows to crush Spider-Man when he meets next, just like old times. Anna doesn't buy Ock's story and she and Emma try to convince him to stay, but Otto refuses.

Later, Emma, Anna and Max attend the 'funeral' of Elliot Toliver, as Ock watches from a distance, talking to Digger. He offers him a severance package to ensure they never plauge him again. Digger asks Otto if he ever enjoyed being Superior Spider-Man. Otto chooses not to dwell on it, it is a waste of mental energy and there is no going back. He dumps his costume in the trash 'Spidey No More' style and walks away

Why am I not surprised. Marvel loves to keep using this guy to ruin Spider-Man stuff, don't they?

@koays: Besides Uncanny at 100 lol

@ursaber: She's a huge red demon that is enough to capture Magik on principle.

Full of grimdark nihilism that makes me care less about these characters. Oh, and don't forget hamfisted deaths.

I don't know not have Extermination evens all the time. Let them have FUN adventures again.