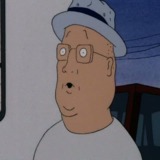 So, I've noticed on twitter and on various female wrestlers' personal sites (as opposed to the sites of the professional wrestling promotions that they represent) invitations to their fans to buy them things from their Amazon wishlists. Sometimes, the wrestlers in question offer to reward the generous benefactor with a signed picture or a t-shirt or something, but not always.

I feel that women's presence in professional wrestling is transformative, creating strong images of women that America needs to see. However, their skills and paygrade are higher than that of a waitress, who may live paycheck to paycheck if not for gratuity. I don't understand this trend, and I'm inviting wrestling fans to weigh in, not because I am small-minded and don't think that fans shouldn't show appreciation to entertainers and athletes who put their bodies on the line for them, but because it doesn't seem to happen with male athletes or in any other entertainment industry.

Questions to help guide the conversation:

2. Does soliciting gifts from fans negate call for gender equality in that industry?

3. Does this kind of thing exist elsewhere and I'm just not seeing it?

4. I asked indy wrestler Amber Gertner on Twitter for a response based on this curiosity. Do you think I crossed a line?

Amber Gertner very kindly responded, "Fans/friends/family use my wishlist, so it's posted for that reason. I also have a charity "wishlist" for those who would like to make a donation to RAINN in lieu of a birthday gift (something I really encourage). Hope this helps!" This is cool, but other peeps solicit gifts year round.

I don't watch WWE so I had no idea there was even female wrestlers.

For decades. There's a documentary called Lipstick & Dynamite: The First Ladies of Wrestling that shows women's history in that industry.