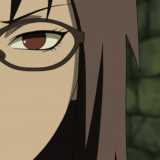 I have a morning routine before work, as I'm sure most of you do. Before work I make scramble eggs, toast with jam and coffee, all to a Mandy Moore song. As I was cleaning up I noticed something on the carton of eggs. A little cartoon egg, first thought new mascot for the brand of eggs. But looking closer it was good old Humpty dumpty next to Hollywood icon Puss in Boots. We all know the Puss in boots movie is coming up, but just in case you forgot the producers.want to make it the first ad you see in the morning.

I get it, Humpty dumpty, eggs. Here is your $5000 ad agency But can we draw the line somewhere ? But then again people are selling flesh as Ad space. 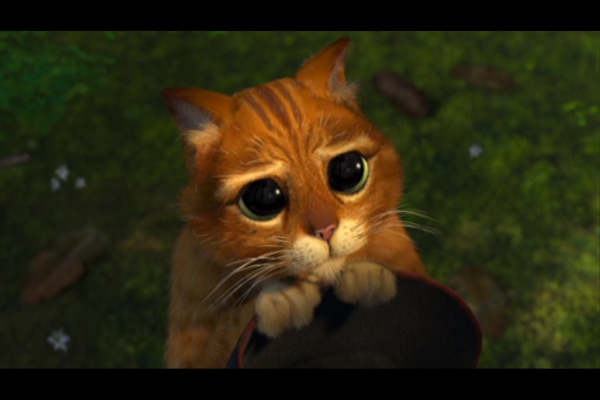 This not a fan-fic per say, it has nothing to do with comics or RPG's it's just a short piece.

In the fresh falling snow, of a lone winter’s night. Moonbeams  falling on the distant little village, stood a man.
Mr. Bloom, to be specific. Arms holding his chest, offering more protection, along with his gray coat. Hunched over, stumbling home after spending few hours in the park.
It was a far and hard trek back to the cottage. Face worn, tears frozen on cheeks. Breath of brandy. A person passed by without a hello, not the time, it might never be again.
Moving foreword, with a stop for a heavy, wet cough. Just then a light flicked on. Bloom drawn to it like a moth. Looking into the window, It all came to him. This was the home of Mr. Treacher, his former boss.
Treacher, in his big violet chair, sipping tea. Chewing on bread, Bloom mind flashed to his little girls, wondering where in the world is Papa, nervous and starved. Will they eat again ?
A frown dominated Bloom’s mouth. He turned away from the scene. It was to much for his bum ticker. Another couch.
Reaching into his pants pocket, for a rag, but something else was in his hand. A toothy grin grew.
It’s hard to think clearly when it’s thirty eight degrees
Bloom knocked on the rosewood door.
The reflection on the Razor, showed the moon so elegantly.
Desperate people act on desperate thoughts.
The doorknob turned.
All the words he wanted to scream, burned like hot cole in his throat.
Door open, Treacher face scrunched in confusion
“Bloom...what the...”
It was the first warm meal and good nights rest, his girls had in a while.
3 Comments

In a Bide to get mo money. I took a job, a job I'm very good at ! Slinging Pizza's lol

I'll be staring in 2 weeks, so that mean's I'll be on less, a couple days out of the week !
8 Comments

Blogs Created:
8 blogs
Most Commented blog:
(Why is) Your AD Here.
Total Comments on blogs:
53 comments