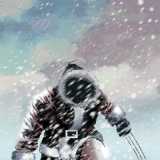 It was gonna be old

Really if bad things kept happening to everyone all over the comic books with no way for them to come out of it things where just going to become lame. X-Men and Spider-Man are always going to having sucky lives most of the time but now there may just be real high points that they can look forward to.

Honestly I understand why movies change comic book character. Comic book characters where made for comics but to translate them to movies your gonna need to change them for a couple of reasons. 1. Half the time an arist can draw something that doesn't even exist or can be done.(ex Wolverines hair is much longer in the books and more pointy but well they can't make Hugh Jackmans hair that big). 2. Comics are usually a very selective market but movies in general are made for a much wider audience and to do that they need to make the character more basic. (ex losing a costume or making it less exotic like Iron Man's armor or turing the X-Men uniforms all black and not specific to each team member. But a good reason to change some of the comic book characters is that its more interesting to see these characters in a whole new light. Refreshing what you thought about them and making them more modern, most good comics where made decades ago and most people don't like things that stay old and don't change. But n the other hand changing the characters is risky as you end up ruining the character, but the bad to side to that is its only ruined to those who already knew the character and not the average person who doesn't know squat about super heroes. So I think its kinda mixed and it depends just on what the idea is and what they're changing.

So far I'm enjoying it

Really I love change at all just not the bugs that come with it but I'm liking how this new site seems to be running on a  very well and I'm liking the new color. It seems more colorful and yet still right to the point not nasty. I like how my images and stuff aren't too small or fuzzy (personal problem). I hope this lasts a long time and can't wait to see the next things to come

The majority of the comics that are so famous have been reprinted in some way or form and I don't care for the comic itself but the story thats all that really matters.

I might wear Spandex but like others said only if I was in good shape and even then it would more than likely have something special about it to make it useful like being bullet proof other wise HE!! No

I wanted one too

Well I like the theam roster because I think it is a very good idea on the part of Norman Osborn and I hate him. Normally The new team that had been coming out would have been full of new people and especially on his team since most of famous team members have become renegades and left the group. Bu the idea of turning existing super humans into a new team of classic based heroes just seems like a pretty smart move to me. Plus The idea of Iron Patriot to replace both Iron Man and Captain America just seems interesting. I think I really like it because I predict allot of the same internal conflict in the team that the Thunderbolts had as some of the team like Sentry, Ares (little bit), and Noh are more than likely going to act like real heroes where the rest of them are well going to act how they did when they were on the T-Bolts and I can't wait to see how Norman acts if the team fights against the New Avengers and sees Spider-man I"m actually amazed he stayed sane seeing Venom.