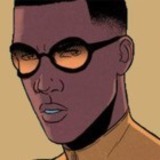 "The world owes one nothing, but one owes the world everything."

"Blog Entry 1,050. I my condition appears to be progressing in nature, developing far faster than I had approximated. My neurological state had previously been in a state of disarray, no doubt because of my multiple ailments. I have yet to determine how far on the Autism Spectrum I am, however, Aspergers's Syndrome is a plausible diagnosis. I do know that I can at least function with that alone. I intend to create a cure for that once I have finished with my current research. As for my OCD and various phobias, I'm developing a biochemical treatment that has so far given me promising results.

The greatest issue that I must face however continuous to be instability that my physiological is suffering from. That is my main priority until the issue is resolved...I don't know if it has affected anyone else, but I have been picking up disruptions in the local gravity field...It would seem that I am not the only one who is suffering. What's happening is not a coincidence, that much I'm certain of. And if I can figure out a way to treat myself through biophysical means, then I can find a way to replicate and adjust the solution. Until then, I will need to figure out a way to cure myself, there is little time to waste on the project.......Less time than I thought."

Reed would put down the device that had been recording his most recent entry in his set recorded data, falling into a chair that lay on the desk, staring into space as he thought the time that he had been dealing with. He didn't know what to do with himself in this time but disappear into his lab and run through the various rituals that he would normally carry out. It wasn't like he had his so called friends to help him, none of them had the knowledge to be able to aid him with the issue that he dealt with, and he doubted they would even care enough to bother helping him. He even doubted Juno, who seemed far more concerned with her "partner".

The largest disadvantage when being alone is lack of knowledge, and while he had that in spades for the most part, he did not know how to navigate his way to the fullest with other people. While people would mock him, get angry at him, or outright ignore him, he would just be doing his best to approach something in the most reasonable way possible, but it did never did bode well for him. No matter how hard he tried, his intellect was useless when it came to effectively dealing with other people, in truth, it was disheartening and depressing, especially since he did not know how to express it. Unlike the others...Reed was the only one truly alone...

Getting up from his chair, he would somber over to a monitor in his lab that had been keeping track of the anomalies that he had been doing his best to keep track of the anomalies that he had been watching for a while. It was getting worse back on the report that he had just received, and he didn't know how to stop it. The Shrunken Researcher would sit down once more into the nearest chair and sigh as he would think of all the failure that he had come up with since he had left the others. He was disappointed with himself, and his brain, which would steadily increase in passing thoughts of anger and self loathing.

Fortunately, he could at least know and understand why he was feeling the way that he had been, unlike his case with everyone else. As much as he hated being autistic, it did to a degree hold some advantages within his particular case. His keen logical and analytical mind, memory, observational nature, and obsessive need to fulfill something that he had started. It was hellish having the mind of a computer fused with that of a human, it was however a hell that he needed. Picking himself up, he would walk over to his board and begin with discovering a solution to his problem. "...If one exists...I will find it."