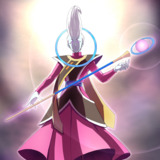 @vinomonster: I agree you have to add Blackest Night, Futures End and Convergence as major events. You also have to add Justice League vs. Suicide Squad as DC even stated it was the first major event for Rebirth. How would you classify Rebirth? Even though it had one special and a one shot for every title. Would that not be considered an event itself?

I agree they need to be added. The first three aren't even up for debate.

Convergence is a filler event, it is not even considered canon. Future's End is a different book that shows an alternate future in 5 years. Convergence is considered filler because during those 2 months DC Comics HQ transferred from NY to Burbank.

Was Convergence stated to be a filler event? I don't see what an HQ transfer has to do with anything. And what you've stated for Future's End is just the synopsis, how exactly does what you've said disqualify Future's End from being an event? A different time period is just a different setting.

JL vs SS is not even a major event because it doesn't crossover all the books or sprung up tie-ins, it is a book that only happened in JL and SS books.

Yes it is. I consider a crossover between two of the biggest and heavily pushed books DC has out major. Not every event has to be at the arguably extreme level Marvel displays to be considered a major event, especially considering the fallout of said event.

Do I consider Rebirth an event? No, Rebirth is a relaunch/ special and the one shot tie-ins are not necessary to read, if you want to read Rebirth one shot its ok not to read the tie-ins.

It is quite clearly an event. Different from Marvel events if that's what you're trying to say but still an event regardless. I don't see why any of the story within Rebirth wouldn't be considered event status. It quite clearly is being treated like an event large amounts of tie-ins and one-shots are not necessary for event status, especially considering the fallout of Rebirth is affecting a laaarrrrgggee number of titles and characters across DC.

@mechwalker@vinomonster: @entropy_aegis: I agree you have to add Blackest Night, Futures End and Convergence as major events. You also have to add Justice League vs. Suicide Squad as DC even stated it was the first major event for Rebirth. How would you classify Rebirth? Even though it had one special and a one shot for every title. Would that not be considered an event itself?

I agree they need to be added. The first three aren't even up for debate.

What happened to Flash?

You got the touch.

He's probably going to get a Gear 5, or 4 is gonna have a stronger variant. Kinda sad but expected that Gear 2 and 3 are going to be useless to a large degree from now on. He can barely stack up underlings of some of the people he's fighting now and will be in the future, he needed his strongest current power output to damage Crackers puppets. Just bringing down Doflamingo took him to hell and back with everything he had.

Strangely part of me kinda likes it this way, really reinforces how even with all of his accomplishments and power he's still small fry in such a large world.

Looks like someone was offended enough by the art to take cheap shot. Love the irony

I do not see any "irony" in here, neither I am offended. It just looks like the dream of a teenage girl.

....huh? First she's sitting across the street from a burger shop watching a robbery, then she's in a lab with her injured dad talking about technical stuff and her powers. Which of these looks like tumblr and the dream of a teenage girl?

Is it because she says "I can't even" at one point? Cuz you know that's not just a tumblr thing, that's a pretty common phrase now. Is this like when people complain that Archie is a "hipster" now just because he has one of those shaved-on-the-sides haircuts that an actual teen would have?

@katanalauncher: despite what everyone is saying I enjoy the series, the art is a bit 90's but it is being changed in a couple months. And it has some great moments.

I like the art as well, it fits the book in my opinion with a unique look.

Yeah guys let's buck at the establishment. Then turn around and ask that very same establishment for help when our bills are due lol. I swear this happens every election.