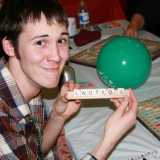 So, I have another bone to pick with Marvel.  This time, it's with the excessive use of webbing that has occasionally plagued Spider-Man comics.  Check out my opinion on my regular blog here.

You can comment on here or there.  I would be more than pleased to dispute.

Death of the Endless Super HeroiHOT

So, I finally finished reading through Sandman (yes, I'm rather late, but I'm so young!), and I decided to reclaim the Super HeroiHOT feature on my blog to cover Death of the Endless.  Check out the breakthrough of her character here.

I noticed something disturbingly familiar with a significant number of Marvel Superheroines.
I would like to call this the Marvel Sash.
http://mechanisticmoth.wordpress.com/2010/12/19/1000-things-we-hate-127-the-marvel-sash/

And please, if you find any other super heroines (or males too!) with this trend from any company, then let me know!

Hey, I just came out with two new complimentary Super HeroiHOTs on Lady Shiva and Cassandra Cain.
The feature is where I take female characters and rate them according to Appearance, Personality, Super Powers, and Secret Identity.
Shiva:
http://mechanisticmoth.wordpress.com/2010/11/12/super-heroihot-24-lady-shiva/
Cassie:
http://mechanisticmoth.wordpress.com/2010/11/17/super-heroihot-25-cassandra-cain/

Here's an excerpt from my new review of Storm found here at MechanisticMoth:

"I’ve talked a lot about the myth of marriage usually in the context of some review or something else of the sort.  In this case, Ororo and T’Chala fulfill the myth of marriage.  The hetero-normative coupling is complete.  Typically, passion is subdued for normalcy and the completion of the coupling.

However, this is not the case.

They fulfill the myth, but the passion is not lost.  There is true love between the two of them, and their roles of husband & wife do not cover up their individuality.  A marriage could easily lessen the power of a character by making them reliant on someone else, but T’Challa and Ororo remain very defined characters.  Their appeal is, in fact, heightened by their sustained marriage.  Plus, it brings a whole new dimension to their characters.

Here's how it goes: I review female comic book characters based upon appearance, personality, super powers, and secret identity.  Usually, this comes from a pro-feminist perspective.

Just wanted to inform ya'll about my blog feature at:
http://mechanisticmoth.wordpress.com/2010/03/04/super-heroihot-15-snow/
which covers Snow from Mark Billingham's fables.

The blog covers Snow's Appearance, Personality, Super Powers, and Secret Identity within this ongoing feature on my blog.
She rates very high due to Billingham and the artists creating a female character who actually has agency even after fulfilling the myth of marriage.

Super HeroiHOT is an attempted weekly supplement towards a blog I co-maintain at rating female comic book characters on the levels of Appearance, Personality, Super Powers, and Secret Identity.  I try to be incredibly funny and informative in these short little segments.  So, it's appealing to comic readers and non-readers alike.

I just added one today at: http://mechanisticmoth.wordpress.com/
It's a doozy... Silk Spectre II.
Laurie from Watchmen girls and boys... I hope you enjoy!

Happens to be at: http://mechanisticmoth.wordpress.com/

I review comics quite often.  Follow comic events, as well.
The big kicker is that I take female comic book characters and rate them in a segment I call Super HeroiHOT which is equal parts hillarious and informative.