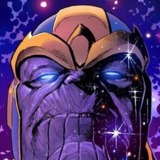 @slimj87d: I'm sure you're misremembering again, but interjecting in a convo you have no place or noteworthy mention in was your first mistake. Among these horrible scientific inaccuracies you're trying to prove for DBZ.

We're not talking about DBZ. We're discussing science and something you said that is incorrect.

You're trying to apply some false science to King Kais planets on a DBZ related thread. Did you like lose the capacity for reading comprehension too while you were away for a half an hour?

I'll give you one more try. Impress me.

this would make her in her 60s-70s by the time she gives birth to Peter which is a rare occurrence and she would also look much older (unless she has amazing genetics).

Its just the same actress. Now, it would make a bit more sense to have Quills grandmother be in the movie. They could just say that was her.

I don't care for too many manga. If I can read some older comic runs I like then I'll be satisfied. Current comics? No thanks.

The insults are irrelevant. Proceed with teaching us how gravity works and whu density does not play a role.

I'm not insulting just pointing out the hilarity in your post. No, you're the one making faulty claims about DB so the burden of proof falls on you. I'll be waiting for a legitimate explanation if you're capable of it.

No its an objective viewpoint based on my own observations and conversing with people of respectable status on this site or off it. Nobody is discounting how much you like a character, but they have an obvious standing and subtle nuances that make them less appealing to people with eyes to see it.

You are the one that shot himself in the foot. Talking about mary sue while staning Superman.

No, because Supes has obvious flaws in character and in action and an actual story going on that doesn't have to piggyback off Greek characters or other ones.

WW has well received comic runs as well. So.

By a minority of fans or people just being nice because they know it'll attract venomous individuals who defend the character at every waking moment. For normal people they find her boring.

Good for Black Panther. It proved its superiority over a boring and overrated 2017 film.

That doesn't make their villains better.

Yeah it does. They have better motivations, character traits and more exposure across the board because of that popularity. Nobody will ever care about Cheetah, Silver Swan, Veronica Cale or Dr. Psycho like they do Loki, Lex Luthor, Zod, Rulk, The Leader etc.

Yes and she wasn't killed when she was shot in the cheest and shot in the brain. She continued fighting like nothing happened.

Of course she wasn't killed, people have been shot and still lived. That doesn't discount it being near fatal or a severe injury.

No, let's finish this. Tell me how it works? Because there's two equations that relate gravity to density.

Changing some variables around you have gravity in terms of density and size.

There's only two correct responses that you can have at this point.

1. I didn't know how size, density and gravity are related.

2. I'm going to continue to embarrass myself.

This is cute. You're attempting to inject some science while trying to sound like you know what you're talking about. I needed a good chuckle and you sir did not disappoint. But you might wanna repeat 6th grade.

@thebestofthebest: 5 years ago I argue Invincible BFRing Hulk. Yes. Its the only way he could win. Otherwise I argue multiple Invincible characters beating Hulk too.

What multiple invincible characters can beat the Hulk? Viltrumites like Invincibles papa Omni-Man break their hands fighting guys like Thragg or over the course of the series other Viltrumites. And they're just mid-tiers. Those are the only ones of the top of my head who could last a good few minutes at best with most if not all versions of 616 Hulk?