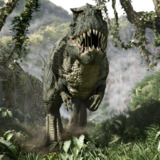 We have all seen movies and TV shows about zombies, we read stories about them frequently but is it possible for such events to happen in our world? Most people wouldn't take this seriously but is it so bad to just prepare for one? In the event a zombie outbreak does happen the survivors are usually the ones who are best prepared, adapted and overall believed it would happen to them.

The Types of Zombies

The first breed of zombies are slow-moving, near indestructible rotting corpses. The amount of punishment they can take is phenomenal, probably because they're already dead. To kill them, full decapitation is needed, limbs need to be severed and bodies dismembered. Sunlight is the only thing that'll deter them otherwise they are at their most dangerous during night. These types of zombies are highly unlikely in our world today but are likely to last the longest.

The second breed of zombies are fast-moving crazy people who have been infected by some virus. These zombies are relentless and will continue to pursue you at high speeds. Simple one-shots to the head or at least two-shots to the head should kill them for good as they still require a brain to function. Technically they are still human and suffer from the same human vulnerabilities.

What to do Initial Outbreak Scenarios

My Strategy Plan for Quick Escape

The Right Choices of Equipment and Gear

To increase your chances of survival you need

A mode of transport is needed unless you prefer to go on foot. Vehicles will be plentiful, aircraft and boats while a better choice are rare. You would want a big vehicle, a big bulky one that can run zombies over and be tough for them to climb onto. Here's my suggestion.

For replenishments such as food and water, you need not be fussy. Foods that quickly decay need to finished off first! You may need to learn from Bear Grylls.

Weapons are what makes a zombie apocalypse fun amirite? They are usually sorted into 3 categories melee, ranged and explosives. Each category has its advantages and disadvantages.

Melee weapons can be used again and again downside to its short reach.

Ranged weapons in particular firearms are heavily favoured with their long range but make too much noise, attracting more zombies to the area. Bows and crossbows are a better choice.

Explosives despite being the most dangerous and most loudest can only be used once unfortunately.

Whatever weapon you choose to take is up to you. Personally I'd take this with me for convenience and efficiency in its applications.

But I do wish I had these instead...

and of course this...

okay that's enough. Back on topic.

My Options and Destinations

So what's next for me? Who knows? I don't know where I'll end up but I do have a few destinations in mind. I have prepared myself for survival in harsh environments and will choose between remote islands or the desert. Of course these sound extreme but personally I'd rather not see another zombie in my life ever again.

Preparing for a zombie apocalypse might sound stupid but there's one aspect you can prepare that would increase your chances of survival. Cardio. "Healthy body, healthy mind" as they all say. While we can't all be Batman we should be strong enough to carry our heaviest item, fast enough to outrun the fastest zombies over a short distance and overall quick to react to danger. Besides, cardio is important for our daily lives anyway so you can't possibly be thought of as weird or as a freak by physically training hard.

Know your zombie is the key to survival. Though this doesn’t mean abandon precious time and find out everything, at least know what you're up against. This would determine your course of action for later on such as your method of disposing them, hiding from them, avoiding them etc. Always "Keep your friends close but keep your enemies closer" Can the zombies swim? Can the zombies climb? Can the zombies run? Can the zombies think? Do the zombies detect by sight, smell or hearing? Are the zombies only limited to humans or can animals get infected too?

Know your places well. Seriously though, the key to survival for anything is knowing your surroundings well enough to your advantage.

Make the switch to renewable energy powered devices where possible. Our reliance on poor sources of energy will come back to haunt us. This might seem tough but if you're not willing to live without electronics for what may be a never-ending apocalypse then there's not much hope for you. Cars run on petrol, electricity, phone batteries and many more would be useless the longer the zombies are still around.

My Recommendations to you

Now it's up to you to evaluate yourself if you could survive a zombie apocalypse or not. Obviously this blog isn't the best and this plan is merely my own, not the perfect plan for everyone. Different people will have different ways of coping with such tragedies. I'm willing to help anyone out or give further details, answering questions that weren't addressed in my blog. Good luck to you all and if zombies do come, hopefully you can same mankind from extinction.