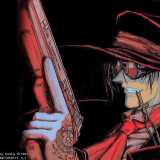 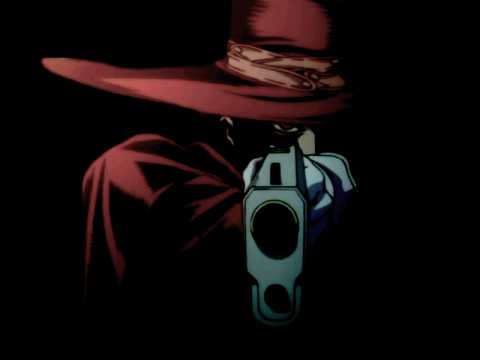 The man known as Marcus Korah was born on a deep space asteroid mining station called Eternity's End. His parents were the owners of the entire operation, and he grew up with a life of privelege. Or at least as close to it as you can get at the edge of the galaxy. Even with his life of comparative luxury, it wasn't an easy place to live. There was always work to be done. Outlaws and brigands needed stopping, mining rights and disputes always needed settling, and in a world where the laws were made by the one with the biggest gun and the most money, that meant the Korah family.

As Marcus grew up his father taught him everything he would need to know to survive. He was given two "Peacekeeper" pistols and trained in their maintanence and use. He was granted his own starship, trained how to fly it, fix it, and if the worse should happen, survive on it long enough for rescue to arrive. His father taught him how to keep calm and relaxed in high stress situations and how to always think clearly when under pressure. He was taken along on many border disputes and outlaw hunts. By the time Marcus was seventeen, he had learned everything he needed to be the perfect enforcer for the Korah family bussiness.

The Korah family had a reputaion for being fair, if not forgiving. They enforced their rulings with an iron fist, but only intervened when absolutely necessary. Marcus's father strongly believed that the people of Eternity's End should be free to live their lives as they saw fit, and intervention should only occur if something became a problem for everyone else. The Korah family's rulings and opinions were generally respected and obeyed by the rest of the installation, and life mostly went by without incedent.

By the age of twenty, Marcus had earned a reputation as the perfect heir to the family name. He was a shrewd negotiator, a talented pilot, and a skilled gunman. He had an incredible luck that just seemed to make everything slide in his favor. And even in the worst of situations, when all seemed to be going against him, Marcus possessed an incredible force of will. No matter the odds, and even in the face of greivous injury, Marcus would carry on until the job was done.

At twenty-three, however, Marcus's life was irreversibly shattered. Without warning, a group of dissenting miners, wanted outlaws, and various enemies of the Korah family revolted. Caught by suprise, the Korah family's forces were quickly wiped out, and it soon turned into an all out flight for survival. While Marcus was able to make his escape amidst the chaos, his parents were captured and swiftly put to death. Vladimir Orzhov, the leader of the conquering faction, declared Marcus an outlaw, and put a bounty out for his capture.

With support for the Korah family rapidly vanishing and a sizeable bounty on his head, Marcus was left with no choice but to flee his home. Seeing no other options available to him, he decided to go to the one place that was guaranteed to be able to give him a place to lay low, and provide him with an opportunity to gather support: Earth. One day, Marcus swore, he would return home.

Marcus has no "powers" in the traditional sense, when it comes down to it, he his simply human. However there are a few things that can fit here.

Extreme Luck: For whatever reason Lady Luck smiles on Marcus and things just seem to always slide his way. This manifests itself at the most unexpected times and isn't always apparent as luck outright, but in the long run all the little things always seem to add up in his favor.

Force of Will: Marcus was born with an incredibly strong will, though most would just call him stubborn to the point of stupidity. When he sets his mind to a task, there isn't much out there that can stop him from completing it. Marcus is determined to keep his will his own, no matter what stands in his way. As a result, people attempting to influence him through telepathy, mind control devices, pheromone control, or similar methods are usually met with extreme resistance. While it is possible to break him down, it would take quite some time and effort to do so.

Blaze of Glory: The Korah family has a long history of going out in a blaze of glory. This is in part due to a family trait that's been passed down for generations, and in part due to Marcus's own unbreakable will. When mortally wounded and near death, something strange happens to Marcus. Pain, fear, uncertainty, and all hesitation vanish. Time seems to slow to a crawl, and Marcus seems to become possesed with incredible speed and strength. This last ditch burst of life is typically very short lived, usually due to the immenent demise of the person in question and the extreme punishment it takes to trigger this survival reflex in the first place.

Dual "Peacekeeper" Pistols: Like nearly everything manufactured at Eternity's End these two pistols operate using modified mining technology. The weapons operate using an induction field to accelerate a single particle to near light speeds. The particle reacts by breaking down, which causes it to form a plasma pulse as it leaves the barrel. The extreme velocity and energy contained within the pulse gives it incredible stopping power, able to score chunks out of even the most hardened of materials.

The guns each have their own power core that provides all the energy necessary to fire the weapons, eliminating the need for relaoding. However, when fired too rapidly, or over the course of prolonged firefights, the guns run the risk of overheating. This will typically cause the weapon to go into a safety "cooldown" period, but in more extreme cases the pistol risks overloading and exploding.

Distortion Blade: Similar to his pistols, this large dagger uses modified mining technology to enhance it's combat effectiveness. The blade itself is surrounded by a "distortion field" that is designed to break matter apart on a molecular level, thus giving the weapon vastly increased penetration and cutting power, even when used against armor that would usually stand up to blades. As and added bonus, the disruption on a molecular scale has also proved to have an adverse effect on regenerative and healing effects, leading to the wounds caused by this blade being difficult to heal or recover from quickly.

Aethyrtech Personal Computer: This is a wrist mounted device that offers Marcus a wide variety of functions. It's primary role is as a communications hub, allowing Marcus an uninterupted connection to his ship at all times, allowing him to seamlessly remote manage his vessel. Additionally, thanks to some quick modifications it is now capable of interfacing wirelessly with most Earth electronic systems, and by extension, so is his ship's on board AI. This is a very short ranged ability, and requires Marcus to remain in very close proximity to what he's accessing, or risk losing the connection.

Vibranium Weave Trenchcoat: Marcus's trademark red hat and trenchcoat are made utilizing a Vibranium mesh weave. While not the most impenetrable of defenses it does offer Marcus a degree of protection against small arms fire and blades. That's not to say, however, that he can take a bullet and still walk away unscathed. Even if the coat does prevent Marcus from gaining a few new holes, he'll still be left with some wonderfully colorful bruises to show off afterwards.

This spacecraft serves as Marcus's mobile base of operations, and, when needed, heavy weapons platform. The vessel was originally designed by the Korah family to be it's all-purpose response frigate. It was fast enough to get to the scene of an emergency before it was too late, carried enough firepower to deter most pirates and outlaws, and resilient enough to last through a fight, or at the very least, until support arrived. The vessel was small enough that it was capable of being crewed by a single person, but also large enough to hold a platoon's worth of troopers and equipment, or prisoners and confiscated goods if needed.

The craft comes with a ship-board AI that assissts Marcus with managing the vessel. The AI is also able to keep the vessel fully functional, even if Marcus is not present on board. Thanks to his Aethyr Computer Marcus is able to maintain full contact with the Thundercaller at all times, and is capable of transmitting precise coordinates for pick-up, drop-off, or even pin-point bombardment.

(( This is a work in progress, filling this in as I get the will and the time. ))