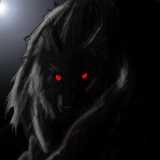 I was thinking about famous partners in the Comics industry, maybe the most famous "couple"  was the one formed by Stan Lee and Jack Kirby: the two created together most of Marvel successful characters until they "divorced".


Other great partnership was the one formed by Joe Shuster and Jerry Siegel, the creators of the most famous super-hero character, Superman.

In France, it is well known the partnership of Albert Uderzo and Renè Goscinny, creators of Asterix, a world-wide success.

In Italy, there was a "couple" that resembled very closely the Lee-Kirby story, that is, the one formed by Luciano Secchi and Roberto Raviola: they created some of the most popular Italian comics characters, such as Kriminal, Satanik, and Alan Ford, until they fought and followed different - but still successful - roads.

Another famous pair was the one formed by two sisters, Angela Giussani and Luciana Giussani, creators of Diabolik.


I wonder if there are (or were) - in the U.S.A. or in the rest of the World - other partnerships as important for Comics as the ones I mentioned...