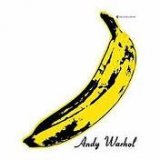 Can Green Martians and humans interbreed?

I know there have been some romances between Martian Manhunter and Earthlings, but I have never heard of Martian/human hybrids. There are alot of other Alien DC hybrids with humans, Rannian, Thanagarian, Kryptonian, why not Martian?

Through the show and comics I have come to the conclution Homer must have some Radiactive abilities. In one episode Homer's blood glows green during an X-ray before dye is enjected. In both the show and comic Homer is exposed to high amounts of radiation, but shows no sign of being affected other than glowing green. The last example I can think of is Homer has eaten plutonium and nuclear waste without any effect on him. What do you think? Can you show more examples?

Get this, I tried to add the US as a location, but it was rejected. They said since most places took place there it would become a topic for spamming. There are SO many comics not based in the US: Excalibur, Alpha Fight, Sgt. Frog, Star Wars, Conan, and so on. Does anybody else agree all countries should be equal in comics, or I am thinking way to much about this?

Where is the Man of Steel Trailer?

How come CV still does not have the trailer? I had to watch it on Youtube :(

What if Luna and Hulking had a kid? I know it isn't likely given Hulklings lifestyle, and Luna is considered human, but a Kree/Inhuman/Mutant/Skrull hybrid would be interesting to imagine. What are your thought on this or other possible hybrids?

Where was Hal Jordan born?

I know it was in the US, but have they ever said a city or even a state?

I want 2 find a super-hero that looks like me 4 my pic. I look like Jesus, but half mexican and longer hair. Any ideas? Thunderbird is as close as I got so-far, Dick Grayson came close.

I think I've seen X-Men: First Class 10 times this month and I'm still not sick of it.