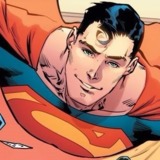 Why Lex Luthor is really the Übermensch, not Superman

I’ve been trying to think of a worthwhile blog idea for a few weeks now and just this week did this idea creep into my head. Well I started writing this blog with Ultraman in mind but research compelled me to change it to Lex Luthor. Lex Luthor is a character who is the direct opposite to who Superman is and what he stands for. In my opinion, the best way that the Luthor/Superman dichotomy shows brightest is by contrasting Nietzsche’s Übermensch and seeing which character truly is most like Nietzsche’s concept. Being a student of philosophy and having had much interest into that particular field, Friedrich Nietzsche is one of my favourite philosophers given his rather dubious and morally questionable philosophies. I am particularly interested in his views on religion (which I will not address here have no fear) and his concept of the Übermensch.

First, I suppose some background info is needed. Friedrich Nietzsche was a German philosopher born in Prussia 1844 who wrote very critical texts on religion, morality, philosophy, science and more. His influence has been widespread across the field of philosophy and his radical questioning of objective value and truth has changed the way philosophers of post modernism, post structurism and existentialism worked. One of his most well known, key ideas was the Übermensch which has a number of English translations like Overman (sound familiar?), Superhuman, Above Human and its most common translation, Superman. Nietzsche posited the Übermensch as a goal for humanity to reach in his 1883 book “Thus Spoke Zarathustra.” The basic concept of the is introduced by Nietzsche’s character Zarathustra as the meaning of the earth and admonishes his audience to ignore those who promise other-worldly hopes in order to draw them away from the earth. Nietzsche presents the Übermensch as the creator of new values that ignore the norms of society and introduce a new standard of moral values into the field of play. This starkly contrasts with Superman’s upholding of humanity’s moral values that show the better side of our nature. And Lex basically justifies whatever he wanted to do throughout his long antagonistic relationship with Superman, both as the mad scientist and the scheming industrialist businessman. As Grant Morrison put it in an interview with Wizard Magazine “"He's the part of us that's the most evil, the most human, and the most brilliant. He's great; he's just really bad...” The creation of new moral values point is based on a nihilistic claim that in the absence of a commanding authority, there are no grounds upon which to criticize or justify any action, including the particular values created and the means by which they are spread. In a way, this is how Lex justifies his obsessive crusade against Superman instead of using his mind for more worthwhile purposes. He feels it’s more important he focuses his efforts on correcting humanity’s aspiration of a false value or idol, Superman.

Throughout his book, Nietzsche makes the Übermensch a goal humanity should strive to reach through yet another concept; The Will to Power. It replaces standard interpretations of “compassion” or “goodness” or “piety” as a guiding principle of life. What is it that makes you better? Stronger, smarter, richer or more important? Do those things and become better. That’s the Will to Power, and that’s the principle that Lex Luthor lives by, for the most part. His wealth, his intellect and his power have been grasped at by Lex throughout his entire life of fighting his way to the top of the ladder, becoming the executive of one of the most powerful industries the DC Earth has. Yet everything Lex owns pales in comparison with Superman. For all the moral and philosophical advancements Nietzsche proposes in the Übermensch, the irony is that Superman actually can do anything he wants. He could take over the world, run riot, live on his terms. There are a plethora of ways Superman could have lived his life on Earth. But the defining thing about Superman is that he is a physically superior specimen to a human, even the Übermensch in every conceivable way–and yet he lives his life according to a moral code instilled in him by physically and intellectually inferior beings. It is willingness to selflessly uphold these codes and act as a paragon of morality which makes the arch rivalry with Lex Luthor even better. Lex is driven by sheer ambition and hatred of Superman and endeavors to transcend beyond humanity’s limitations whereas Superman abides within the limits of what we consider right and wrong.

Grant Morrison expresses this rather well in All Star Superman. Lex Luthor really is the ultimate man–a man who can and has achieved all and more that a man is capable of. And yet he is always going to be seen as inferior to Superman, whose power is not an expression of will, but a simple accident of birth. Luthor’s hatred is born of resentment; if the alien had never come to earth, Lex Luthor would be the greatest man who’d ever lived. And that’s what makes All Star Superman’s portrayal of Lex and Superman’s rivalry so exquisite, especially when Luthor gains Superman’s powers and sees what he sees for the first time only to be stripped of his power and defeated by his ultimate enemy. He temporarily becomes the ultimate man yet is defeated by a mere man.

All in all, Lex Luthor can't really compete with the mythical figure of Superman; people place their hopes and dreams in Superman precisely because he is more than human. This struggle with what Lex Luthor wants to be versus what he can actually accomplish is one that defines his character, and this inner conflict is what causes him to hate Superman so passionately. Here the Will of Power arises again and once again it drives Luthor’s obsession over his limits and Superman’s seeming lack of any. If it weren’t for Lex’s obsessive quest for supremacy over a god like alien, we would not just have one of the greatest fictional villains in history but one of the greatest fictional rivalries in fictional history too.

Well I hope I didn’t bore you too much with my long rant looking at the contrasting relationship between Lex Luthor and Superman and why Lex embodies Nietzsche’s Übermensch far more than Superman does and hopefully ever will. Here’s to my favourite superhero and favourite supervillain! May there always be great stories involving these two characters!