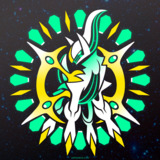 @lordarceus: do you think that a feat like this would put Pikachu at Mountain level? (excluding 1M volts of course)

Yeah.. Isn't it? That's just clouds that disappeared making it look like an awesome attack.

IIRC the feat was calculated as large Mountain level

Bruh.. I said IT IS A MOUNTAIN LEVEL ATTACK, it's just the lightning is making it look cooler. Just that...

@lordarceus: do you think that a feat like this would put Pikachu at Mountain level? (excluding 1M volts of course)

Yeah.. Isn't it? That's just clouds that disappeared making it look like an awesome attack.

Naruto has Justsus and Chakra, while Pikachu only has electricity and obviously speed.

Well, I don't think Naruto can endure 1M volts, so I side with Pikachu.

What is Zeno doing here? He's a fodder here, literally.

I picked hogwards but wanted JL (!_!)

@lordarceus: I just watching the video myself and if use up all your ki would die. But still more powerful than any others energy on here. I still pick it.

I agree with you. Ki is most powerful one here....

Naruto characters have ki but can’t use it correctly

Ki is the best option and could potentially be the most versatile as it’s full array of uses is unknown currently.

Many anime have ki as their main power source. Even for anime like Nanbaka, where ki's not a major power-system.. and only few people use it.

In Nanbaka, we have seen drawbacks of using ki.. so it's not versatile.

Plus, you might know the drawbacks of opening Gates in Naruto-verse...

And it's life-force we're talking about here. Like we're projecting our life force as attacks....

If you've seen MHA , you might remember in Season 4 I guess, when they went to save Eri, some villian had quirk which drains life force. And it made heroes fatigue.

So, you might get now how dangerous is projecting ki out of our body..

@xana1 Your opinions on this??