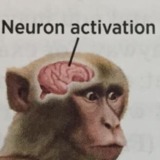 Studying for LSAT wish me luck

Insert earbuds. Activate music. Analyze the problem. Call the boss. Talk about it. Come up with an assessment. America's economy is spiraling out of control due to a terror attack from one of its most beloved icons; the data concerning the debt has apparently been erased; stocks are falling rapidly and countries #1-10 on the global threat index are readying for war. Central Intelligence can't do anything domestic without extra time, and the FBI are incompetent. This is a job for Count Untergang and pals.

Consider the paper trail. Use personal funds to finance groups to look into the debt history of everyone affected, as well as conducting investigations of your own. Yellow gloves, magenta mask. Ask questions, wipe minds. Sort through literal tons of paper, speed-reading everything. Record verbally; practically rapping now. The debt crisis begins to escalate, and the instigator can't be touched because he's the poster boy for American superheroics. Lose the heroes, lose the world to the next alien invasion. Be frustrated, take a walk on your roof at night.

Look up in the sky.

Still be forming the plan when opportunity literally arises from the ocean in the form of Atlantis. They've offered us gold, and they want to help rectify the problem we're currently facing. It won't work...at least, not without a little push. It can be used. Become obsessed, go off the meds (they don't let you think). Check in every now and then with the boss. Regain control, begin to concoct a solution.

It will involve deceit, and it doesn't make you happy. But it'll work.

Your country takes the gold, but there's no telling what you'll eventually do with it. Meanwhile, work on the paper trail pays off. A solid month of re-indexing old debt yields a complete record of everything lost in the hack. The government steps in to aid the major players, given the nature of the crisis, but everything's back on track. Then again, there's the problem of our new neighbors. How can we sate their thirst?

Simple. We weave a web of deceit, with an unsanctioned report going out to inform the public that our new aquatic friends have solved our financial woes. But we know the truth. Use the paper trail, fix the problem. Mind-wipe anyone that knows different, keep the corporations in the loop. If someone has any chance of telling, handle it in due time. Sip a lot of coffee. And how to pay for all the work put into fixing it all? All the recompense? Look back up. Red planet.

Keep the gold for something more useful. To pay off this disaster? That's trillions to be used for anything we want.

It means "to prevent." Atlantis comes out of nowhere, wants the States indebted to them. How altruistic, to offer up the gold (which we took nonetheless). It's terribly suspicious. You raise your concerns with the boss. Cite Venezuela, Iceland, Spain; be persuasive. The boss agrees. He decides to give a speech based on one of your ideas. After all, your friend's gone, disappeared beneath the ocean floor. Mystically closed off from humanity. What are the odds another sea-dweller would appear?

So you type up a little fact sheet for him, for the speech. He knows everything. Split some aged wine as the transcript is finished.

It's simple: there is no "Meison Calidus." The so-called king establishing the current embassy is none other than the same sea-dweller who recently committed an act of global aggression by laying siege to Greece. They both arose from the ocean's depths, after all; it's very easy to rationalize. The speech is forthcoming. Neutralize interaction with the potentially-harmful Atlanteans before they can ingrain themselves in our culture.

So, we make a formal order. The Embassy they've crafted is to be cut off to Americans, as is Atlantean presence. They represent a danger to our society, and they will be cut from it. No more trade. The President will, in his speech, urge other nations to cut them off as well. They're practically hostile, now.

So what to do with the gold, then? You've had a few ideas. After all, if devils come from the hell beneath, then perhaps angels can do us a favor from the clouds. Gold is a scarce resource on Mars, but our new ally in space has something we don't. A little bargaining here and there, and they grant us the resources to construct one of their superweapons here. That, and stronger diplomatic ties. The age of realism has given way to the age of pragmatism.

So, problem solved. America gets to believe that the Atlanteans helped us out in our time of need, then we reveal that it was not them, but rather us. We keep the gold, give it to Mars in temporary exchange for some of their toys. Then we drop them anywhere we please to keep the world in check (the way it's meant to be). All of it happens in the span of a month and a half.

And it's glorious. Pat yourself on the back.