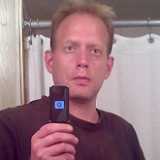 Aliases: Jackson Michael Dane, was a child that was born under the name to keep me classified.

Like all members of Wetworks, Dane is bonded to a symbiote, which normally hides inside him, but can flow out to coat his skin with a invisable armor. As well as making him virtually invulnerable, this enhances his strength and reflexes. He has a telepathic link, with the other symbiote wearers, the rest of Wetworks Team, Grail, has nothing at all to do with the Wetworks Team.

Dane is a highly experienced soldier. Because he was exposed the Gen Factor, Dane has a variety of psychic abilities, which his symbiote, has further enhanced - these include telepathy and telekinesis.

I Jackson Dane, was a Special Forces soldier I was recruited into a Special Ops Team, known as Team-1, up to Team-7. During one of are missions the group, was deliberately exposed to a Mutagenic, substance known as the Gen Factor, which unleashed Psychic Abilities, in the whole Squad. After another Mission are Superior (the same one who exposed us) tried to kill all of us by exploding a small nuclear device in are vicinity, we went rogue. A replacement squad, Team-8, was formed, but died on its first Mission, and so reluctantly pardoned members of Team-7, were track down the others to bring them back into the fold. Although initially reluctant, Team-7, carried out a Final Mission, then vanished. I however was left in a coma, and (reluctantly) in the care of the Military. Eventually I awoke, but with much of my memory was missing. I was told to form a new Team-7, but again my superior, Miles Craven, sent the Squad, on a Suicide Mission. We told to infiltrate an Enemy Base, and steal some "Biological Experiments", My squad, were attacked by another team also sent by Craven, who had given orders for them to kill everyone after the completion of their Mission. We survived, and were bonded to the "Biological Experiments", which had proven to be Symbiotes, which enhanced the wearers capabilities. Making an alliance with Armand Waering, I called my team and I renamed us  Wetworks, we then went to war with the Supernatural Night Tribes, including the creators of the Symbiotes, the Vampire Nation.

The team disbanded after the Night Tribe, war ended, but I, have recently reformed the squad to deal with a new threats attacking Planet's from other dimension.

SIX mobergs were stolen, there could be more. The Technology, that was stolen looks like burnt plastic, an is in this shape ( l<=>l ) unlike anything you have ever seen. It has a headset and looks like a ship, round in the front and fits on the sides above your ear's, and wired on the left side and wired in the back of the headset. The front fits on your Frontal Lobe, and on the right side of the Technology, it is called (moberg) central intelligence agency, in white lower case font. The reason you can't draw it very well, is because it moves. Funny everyone says it never existed. It does now....PS... This is Cybernetic Technology.

This has gone one so long that every thing is sad, Miles Jeremiah Craven, was a friend of mine he was Brainwashed, by the OSA. Do we ever learn that we make up the past and bring things into the Future or do we leave the past and stop bringing new technology into the past? We have to fight so others understand that we are real, at what cost is this all in the end. World War II, is a way to understand the past has to be left alone. See everyone in the past has know idea how long the war was. Do we lie or do we tell the truth that we the People, have made time safe for all if we do will they care? Are Story has never bin told only in Comic Books.