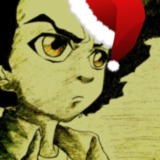 Judging by comments made on the Vine, I came to the conclusion that there seems to be some ambiguity regarding who in One Piece is and isn't Admiral level. It's understandable and highly debatable, many characters either briefly fight against the Admirals themselves, demonstrate Admiral tier feats, or can be scaled to be within their tier, which, just to clarify is the second highest tier in One Piece right below Yonkou level.

In this blog I'll delve into a deep analysis on who is and isn't Admiral level using feats, statements, scaling and common sense. Of course this topic will still be up for discussion long after this blog is made and I hope to receive an abundance of opionions following this threads creation. It's important to note that this is just my opinion, who is and isn't Admiral isn't set in stone, I'll be trying my best to come up with an accurate assessment. This will be a work in progress that might possibly never end. How I define 'Admiral level': being within their tier, either at least able to win 4 fights out of 10 or having feats/ hype to match them. So guys, let's get started ;)

First of all we must look at the Admirals themselves in order to compare them to the character's I'll be talking about and see if we can find a bench mark for the feats a character needs to be capable of to be placed in their tier. The first character analysed won't be in as much depth as possible because there's always information to be added.

Above we see just what four of the Admirals are capable (Admiral Green Bull's gotta hurry up and get some feats!). And the scary thing? That isn't close to their true power. To our knowledge none of them have shown Awakened powers yet. Better yet, Fujitora while holding back a tremendous amount of his power, performed a country level feat with utmost ease.

It's important to show these feats as it will make things easier deciding who can fit the bill for Admiral level by way of direct comparison.

Based on these feats for the Admirals we can come to these factors that determine if a character be Admiral level:

Of course worth mentioning would be high level Haki proficiency, high hypersonic combat speed, multi-megaton strength yadda yadda yadda, those were obvious and go without saying.

I've decided to start with Doflamingo.

This is mainly because I feel as though he's the easiest to argue about in favour of being Admiral level.

The Heavenly Demon is recognised by many fans as being the most impressive antagonist in One Piece so far. The Dressrosa arc cemented the Tenryubito near the top of the Warlord food chain.

Let's take an in depth look as to why. Let's take a look at his feats:

His most powerful attack: the Bird Cage.

This ability is so powerful it can literally only be stopped by taking Doflamingo out, until he's defeated these strings will continue to stay surrounding Doffy's chosen land mass and enclose at speeds that carve up an entire country within an hour.

Why this puts Doflamingo at Admiral level: it's a country level feat and most importantly: Admiral Fujitora failed to slow down the Cage's progress.

Doflamingo being the first major antagonist to reveal the Awakened potential of Devil Fruits is a huge deal. Oda specifically chose him to be the one to show Luffy (and us fans) that we weren't closer to seeing just what Devil Fruit's were capable of up until this point.

His nonchalant kick on Fujitora

This, behind my first point is clear proof Doflamingo is within Admiral tier.

He kicks Fujitora without hesitation, this shows he isn't the least bit intimidated by him and couldn't care less about the consequences that could have followed (Fujitora choosing to fight him). Furthermore near the start of the Dressrosa arc, Doflamingo himself was the one to tell the readers this:

He calls him a Beast, so he knows how fearsome Issho is, ad to the fact that Kenbunshoku Haki tells the user how powerful someone is and it becomes clear that Doflamingo's kick on Issho became less 'OMG he kicked an Amiral!" to "He kicked someone he felt he had a chance of beating in a fight."

Doflamingo vs Luffy and Law

Ok, let's be honest. Everyone knows Doflamingo should have and would have wiped the floor with Luffy- Gear 4 notwithstanding-if not for some good ol PIS. Luffy's victory over Doflamingo was only achieved by the sheer amount of help he had: Law's intel and assistance, help from the people of Dressrosa and his own crew mates.

Doflamingo took on Law and Luffy at the same time while also having to defend Trebol and he kicked their arses. Gear 2 overall was slower than Doffy, the Warlord swiftly recovered from Red Hawk, Gear 3 + armament Haki attacks couldn't break through Doffy's defence, Law's hax couldn't put Doffy down- Doffy stitched his organs back together after Law's Gamma Knife and Counter Shock was straight up tanked. Doffy overwhelmed Law with a combination of; a stat advantage, experience, cunning and ruthlessness.

After Doflamingo sustained injuries from his fight with the two Supernovas, he was clearly not at 100% anymore, so one would think Gear 4 Luffy should have won with ease...right? Nah.

Despite Gear 4 enhancing Luffy's elasticity and therefore striking power by tenfold, Doflamingo managed to survive his initial onslaught. Kong Gun, Rhino Schneider, Culvarin canon, Lion Bazooka, all devastating attacks yet Doflamingo wasn't put down by them despite being wounded and his organs barely functioning. He managed to even land some shots on Gear 4 Luffy prior to using his Awakened abilities.

Luffy's King Kong Gun was powerful enough to overpower God Thread and Spider's Web then hit Doflamingo with enough force to split a city in half. This is the minimum requirement of force necessary the knock a tired and injured Dolfamingo out after Luffy's numerous blows in Gear Fourth. Had Doflamingo been completely fresh I have no doubt that he would still be conscious after King Kong Gun (I have a feeling this is a controversial opinion ;)

Fujitora is one of the most powerful characters introduced to us so far. To say nothing of his title of Admiral, he actually has the feats to back up his hype. Stalemating Sabo while holding back, summoning meteors and levitating country wide rubble in the sky while fighting Luffy

I want to emphasize once more that Doflamingo should have stomped Luffy under normal circumstances, the fact that he's above the Straw Hat needs to be beared in mind for what I have to say next.

Luffy was fighting equally with Fujitora, however the Admiral was still holding back. But holding back less than he did when fighting Sabo, Evidence, let's take a look at his Ferocious Tiger attack on Sabo:

It wrecked a few buildings, can be scaled to town level at best by looking at the panels detailing parts of Dressrosa.

His Ferocious Tiger attack on Luffy:

It crumbled two of the cliffs surrounding Dressrosa, these cliffs are the size of small mountains.

So what can we make of this? Fujitora was holding back less against Luffy than he did against Sabo evidenced by his dialogue and attack potency, yet Luffy still kept up and gave him a good fight. If Luffy can do this, why can't Doflamingo? No ABC logic is being used here, Doflamingo by feats is faster, more hax and more powerful than Luffy.

Conclusion, Doflamingo is Admiral level because: