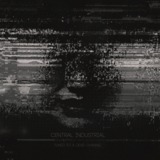 In our daily lives we find out old shirt don’t fit anymore or we outgrew those pants and they look ridiculous on us now. But what about costumes? I know some suit expand such as the ones made from unstable molecules but not everyone got the money for one of those, local heroes use regular suit which they fix themselves but guys like Iron Man live in a can or any other armor hero, if you got any bigger your going to feel like a sardine.

Let say you outgrew your suit, you can’t walk down the store and get new one and if you order the materials for it people going to know what your making or have good idea and let say they don’t, then comes the part you got you make on your own. I sure don’t know how to even string two things together I done in the pass out desperation but that about all and broke down the moment put in the washer, it be lame if your costume rips half way through the fight.

So many teams yet so little characters

It seems we have a different million teams in Marvel, I'm not complain it happens in real life how many different congregation of churches can you name? That not the issues, how many pastors do you see running from different churches to attend all them or how many different politics being the mayor of totally different cities. With that in mind why would you allow a guy to join a team if he can't always serve in it? It not cleaning duty it superhero needs, if they don't get there in time little Timmy gonna be an orphan and grow up to be a villain and if we are lucky a mentally broken-would be hero. Let say one of our good old buddy the Red Skull is attack Utah, he destroys the Mormons and burns down all the senior citizens and then the heroes come all them took 30 minutes to get together with each other and fly to face the evil, or worse only one show up. That why the Initiative made sense one team for each state.

That one issue you wish they gone and publish

Over the ages Marvel has many countless What If, but I think one the most important they ever should they never publish and simply as that, its 'What If Great Cataclysm' had not happen. For those of you not familiar with it, it was the Great Cataclysm that sunk Atlantis, destroy Lemuria and stop the Deviants from ruling the world. This would mean by the time Apocalypse rises to power his not fighting humans his fighting Deviants who themselves probably going agenst Eternals. I like to rather see this epic fight in which Apocalypse is for once in the side of good, who knows for how long but it would be interesting.

Hello guys, ever had that little soft spot for that one guy that no one like or knew about. You know when everyone says 'who's your favorite X-Men' and you don't answer Wolverine, Cyclops or Emma Frost, nah you answer with a smile you guys make up your own. And after a few people give the look, which clearly reads 'what in F you talking about' you go on a long rant about who and what they are, you feel like school teacher in a gifted class, now your giving an explanation about the issue, when it was realize---oh don't forget what the last event was and what the coming event is, don't forget to add what relationship she/he had in the previous issues and her/he alternate counterapath now you got the entire room to either A) Think you read too much comics. B) Need to get a life, because you read too much comics. C) Maybe you out to get a tan, you do real a lot of comics (ha not my case I got the beach and read them there, take that! Lets continue) or D) So that why she left you? You read too much comics it all makes sense now.

My and my close friend Roy have both being involve in may projects, but we are very different while I embrace retcon because even author make mistakes and sometime let face people, we writers do what we want without knowing what the public wants. Gosh sound like some stuck up bastard, I assure I’m not.

Talking of this, I seem to have experience a lesson in humility. As of now my chronic asthma is worse than ever leading to mild-anemia and sleep depravation. In top of that I can’t be alone because it dangerous, or so my fiancé would like to claim. And the doctors are always so negative about all this, saying I have shorter lifespan, what the Hell I may Captain Britain that man doesn’t last two issues alive (and I’m a fan of him)

I know it didn't last but

The Spider-Man Unlimited series it had tremendous potentintial. Don't get me wrong I'm a die hard fan of comics and sure I watch, the Amazing Spider-Man mostly the one were he was bonded with Carnage and the Beyonder had to be call forward, the Fantastic Four mostly the one with the Impossible Man and Thor episods, the orginally X-Men and nothing beat the Dark Batmana of the 90s

This overall the best Batman movie I seen in my entire lifetime. So many people who don’t read comic are use to the radish childish Adam West show or the rather cheesy Tim Burton films, not to hate on him, he is an amazing director but of his own genre, not Batman. However this movie takes everything you seen, you know and you felt for Bruce and turn the tables, the insane-sadistic Joker, the pure hearted Two Face and a struggle for the a dark city full with mobs that only hate him and people who distrust him. A classic hero who suffers but in ways you didn’t see it before. A 10/10. And yes, no spoilers because it just that good.

It was a long time ago when I obtained my first two comics, the first one was the issue was the most spectacular issue I read to this day of DC. It had Metamorpho trying to obtained his son from Simon’s hand who hire Guy Gardner, the both of them battle each other in an incredible display of the artist it shown how both the adaptive power of Metamorpho pushes Gardner’s imagination, finally Rex get the best of him and leave him as bloody pulp and advances to take his kid when the Metal Men show up, the battle turn into pure heat. The next issue contained with the most versatile battles as the Metal Men transformed into a sort of insane shapes and Rex counters them by taking on the aspect of all sort of elements, however accidentally he is thrown into the chamber containing his own kid. However Simon freaks out sense it still his grandson and tries to save the child sense it being set hurling thought the air as Rex hit the cradle. As Simon hold his own grandson the child melt his arms off into some disgusting liquid but Simon those not let go off the kid because of the love he now hold for him.

Holy smokes for lack of better words, this two issue had it all fighting and nearly all form of combat and touching moment at the end. Best for a first read!

Originally I was going to go with Mimic having the copy the 5 limit powers and using Jamie Braddock, Mikhail Rasputin, Post, Cable and Magik. But I think Lifeguard powers to automatically develop the ability to survive the situation could also help me out!