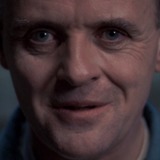 Why is Thor Awesome!

I decided to make a series of blogs writing about our favorite super heroes and villains, mentioning reasons why they are awesome in simple ways and the first one who has an honor to make the list is one and only

So without further delay, let's do this. Also this idea is stolen from fellow Viner batmannflash and everything mentioned below is with no particular order.

While an aspect of him that's been removed recently in the comic books, one of the most interesting parts of Thor's character is the fact that he was not a God but God trapped in man's skin and suffering and a man trapped in God's power and glory. Donald Blake was a huge part of Thor's character.

In Classic days, those two were Clark Kent/Superman kind of guys, Blake could live his private life but when danger is there, he slams his cane into the ground and the Thunder God is ready to do his stuff and throw lightning and lightning, and vice versa.

The problem is, Marvel never saw this an an opportunity to make a complexed story for Thor, one where he struggles as a man like he did during Thor movie and to see Blake struggle as a man who wants to live his own life as a doctor but can't because he is cursed to be fused with Thor who by the way is in love in his girlfriend Jane Foster which could make even more to Thor's character. Still, the two were always interesting together.

While not as nearly as good as the rouges gallery of the likes of Spider-man, Batman, Superman and the X-Men, Thor is not lacking any cool villains. Even tho he has some who are pretty forgettable like Skurge, Ulik, The Wrecking Crew and the Executioner, Thor's rouges gallery is full of some really cool villains like the Enchantress, Hela, Surtur, the Destroyer and Malekith. However, the most memorable and most recognizable Thor villain is his brother Loki.

As adopted brother of Thor who was always pushed aside and knowing the fact that his enemy adopted him, Loki because jealous and angry at Thor, Odin and all of Asgard. The thing that makes Loki a cool villain is because he actually has reason for his actions, does not act like a poor victim as when you look at him you don't see a poor guy who does shit, but rather a clear villain with evil in himself with massively developed character and personality. Very intelligent, tactical, manipulating and powerful character, with the lack of respect from fans and writers.

Everyone should know, power does not make a super hero. Hell two most popular heroes ever and Batman and Spider-man and by comic book standards overall, they are weaklings. Why? Because they are not meant to be more. Thor, Thor is a God, created to be the most powerful man in the room. Even tho during Silver Age Thor was written as Silver Age Superman, a guy with plot device powers without consistency and being either beyond OP or standard powerhouse based on the plot, in later years when writers started to care about facts and not just plot, Thor's powers became more consistent.

Seen as Marvel's answer to Superman in sense of equally dangerous powerhouse, writers pushed Thor to the point of actually being more powerful character than Superman, with greater destructive force and various other powers from his magical hammer Mjolnir.

While being an Avenger is a big thing for Super Hero himself but fans as well, seeing how decades passed and how Marvel consistently tries to bring new stories and events, they continued to add various characters to the roster of the Avengers, even members of the Fantastic Four and even the X-Men. Over the years, Avengers had so many members to the point of being an Avenger and joining in the team, seems pointless in the eye of comic book readers. However, Thor is not just a member of the Avengers. He is actually a top tier Avenger, one of the greatest member of the team alongside Captain America and Iron-man.

That's right. Not only Thor is a founding member of the team but one of greatest Avengers villains is Loki who is Thor's brother. Remove Thor from the roster and Avengers just lost their second/third greatest villain (first being Ultron but that is off-topic discussion). I mean why would Loki fight the Avengers without Thor on the team? Even more, Thor is the powerhouse of the team, always taking down most powerful threats to the team and giving dramatic speeches as always. Thor also operated as Team's Leader.

5. - His Comics/Stories are one of the best Marvel has to Offer.

Plain simple really. Thor's Comics are great. Ignoring current stuff (let's use reasonable words) with Jane Foster and being Unworthy, Thor's comics stayed great from Silver Age to Modern Age. While it may not be consistently awesome (what character has consistently awesome comics?), Thor's stories are awesome because they are focused on exploring some important sides of the Universe and new aspects and histories about Asgard we never heard of like his fight with the Celestials, Tales of Asgard and various others like God of Thunder series and JMS's run. Of course, if you would ask any Thor fan about the definitive Thor story, they will probably mention Ragnarok, a tie-in to Avengers Disassembled.

The story take place at point in time when Odin was dead and Thor was the King and had the Odinforce. His brother Loki finally brought Ragnarok, the end to Asgard and Death to all of the Gods, allying himself with various enemies of Thor, including Surtur. Thor finally realized what is the source of Ragnarok, beings called Those Who Sit Above In Shadows who feed off of Asgardian Energy to sustain themselves with consistent Ragnarok Cycles. As a result, Thor sought the knowledge of the Runes to End the cycle forever. Paying even greater price than his father when he himself sough knowledge, Thor became Rune King with greater power and knowledge than his father.

As a result, Thor destroyed the World Tree, destroying Asgard, killing TWSAIS, finally ending the cycle and dying himself.

Ragnarok is amazing and not only it is the best Thor story ever but it deserves to called one of the best Marvel Stories, not falling into the category only because people are not that well knowledgeable when it comes to Thor stories.

Despite the fact that Thor is arrogant sometimes and can hit a nerve and lacks the character development and interesting parts of character himself (main reason why Donald Blake is wasted potential), The Thunder God still stands as one of the best comic book heroes, being one of the main members of greatest super hero team of MU, having interesting stories and still remained likable by super hero fans, even today...

That was fun. Not sure who should be next. One thing is for sure tho, this wont be my last blog based on this topic. Let me know why you like Thor and yeah, hope you enjoyed reading this blog.

Blogs Created:
48 blogs
Most Commented blog:
Q and A with KrleAvenger
Total Comments on blogs:
1874 comments