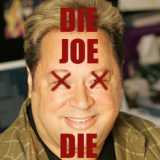 Even if Magneto can take his hammer away, Thor is still as strong and invulnerable as the Hulk.

Magento has good defensive capabilities, but I don't think anything he can do with metal could stop Thor.

"ok the 300 are great fighters but its still a primitive fighting style with the most basic of weapons... a short sword, spear and sheild... come on. they are like an old elite fighting group but still only human and still very primitive. people make it sound like spideys gonna walk into the middle of them and start throwing punches... "

Rotten Gun, I usually agree with you, but 300 warriors, of any fighting style–come on!

I suppose things can go differently depending on how you imagine the details, but still, 300 is a lot of people.

This is the same guy who's been kicked down by the freakin' Black Cat. If she can do that to him, 300 Spartans would have his head on a pike.

"I just think Captain America is among hte most illogically written characters, when it comes to fights he's able to knock out the Hulk. What is that? Yeah, his shield is extremelly durable but if under the shield which is being punched by hulk is a guy Who is nothing more then peak human, he will be pucnhed down throught the ground leaving a extremelly durable shield as a tombstone.And well, Spiderman wins(not sure about the ultimate version), he wins as long as he stops stupidly thinking that Cap America is so great and letting him beat him< thanks to the writters by the way.zzzzzzzzzzzz "

Cap wins against Spidey because he is a brilliant tactician with a lot of battle experience and an expert martial artist.

BUT, your point about Cap is well taken. I'm not sure which incarnation of the Hulk Cap supposedly knocked out but that is ridiculous. I agree that Cap is overrated. He is made to be invincible, like he's the Batman of Marvel. I'm glad he's dead because now the 'peak human' characters of Marvel are on a more level playing field.

I can't believe how long this thread has been going.

It, like many battles on the Vine, really comes down to people being fans of either Marvel or DC.

I can't believe this is even a serious thread!

Spidey has strength, agility and speed enough to potentially run away but he couldn't take out 300 highly skilled warriors!!

It's only a matter of time until he gets run through with a spear. Look at the latest issue of Amazing Spider-man. He fights 3 henchmen joe-jobbers and one still manages to slice him across the back.

This is a curb stomp. Marvel U Spidey is stronger and more experienced than Ultimate Spidey and he still gets owned by Cap.

Cap is one of, if not the best fighter in Marvel. Spidey's strength is not enough of an advantage.

After the horror of One More Day, I decided I'd still give Brand New Day a chance. I've been a Spider-man fan for 20 years and I really don't want to quit the book. Now, after reading the first 3 disappointing and watered down stories of Brand New Day, I've decided to do just that. Amazing Spider-man has generally lacked lustre for a long time. JMS revived it a little but his contributions are out shined by his blunders.

My hope is that more and more Spidey fans will get sick of what's been done done to the Amazing title and will quit the book as well.

Maybe if enough of us say "Hey, this crap isn't worth paying for 3 times a month!" something will actually change.

Anybody else out there who has quit Amazing Spider-man or is planning to??

The four armed Wendigo is probably a depiction of the native legend of the Wendigo spirit, NOT the Marvel Comics Wendigo.

As for the battle, yes Sabertooth has killed a Wendigo before and he has also owned Sasquatch.

Tigra could easily be killed by anyone else in this thread.

It comes down to Wolverine, Sabertooth and X-23.

These three are closely matched. Sabertooth has bested Wolverine a lot but Logan can often find a lucky way to outsmart him and even recently, killed him.

In the X-23's encounters with Wolverine, she is shown to be even more skilled than Logan but lacks experience.

I would have to call it dead set between Wolverine, Sabertooth and X-23. They would just battle forever thanks to their healing factors, until an outside source turned the tables in someone's favour.

Which of these is the best explanation for super powers:

I think if you put Mysterio's illusions against Scarecrow's (DC) fear toxins, Mysterio could out-class him.