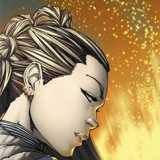 @mercy_: Just part way through the first season. Episode ten or twelve or so.

@mercy_: Yeah so far it seems.. okay. Even has moments that are good. But if this is all that it is... meh.

So far Lost isn't that good. I wonder if it became popular due to the weaker competition at the time.

That fixed the problem for me.

@fukuro_zoku: Hehe, I wouldn't blame you if you did. I don't know if its getting worse or if I'm just out of tolerance for the problems but its started to really bug me.

The last two sites I'm a member of that have updated went down for a day and came back. There were a couple of minor glitches but site functionality was improved. There were new features. Fewer bugs. Faster. One of those sites had quite a bit of traffic and was run by one guy in his off time; he was the admin, engineer, everything. The other was run by a husband and wife team, who again, did everything.

But CV with its engineering team 'updates' and loses features, gains bugs, looses functionality, and takes forever to fix.. anything. Comic Vine will take years to catch up to where it was before the update in terms of site functionality.

We hope to break even but it looks like that's too much to ask for.

@fukuro_zoku: The site going off and coming back?

Is the site flipping on and off for anyone else?

@quintus_knightfall: You know it, but i like the baseline being defined as a Cass Knightfall level still as above.

That is surprisingly badass.