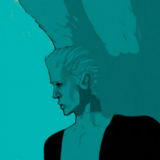 This user has updated recently.

@imfxlix: I'm with ya. If they did mine, I would geek out for realz.

Astonishing X-Men around 62 to 65 was a nice story.

The Emma Frost arc was about Uncanny 314.

I also like when he froze over in the old X-Factor issue after the Asgard crossover.

@cattlebattle Thanks for saying that. Everyone here is trying to do movies that are loyals to the comics, but they forget to add a touch of creativity. You guys need to remember movies like Guardians of the Galaxy, Deadpool, and even TV series like Daredevil and Jessica Jones. These are movies/series that dared to try something different than what's already been done, while being loyal to the original content at the same time. Movies like The Last Stand or even Spider-Man 3 were not creative. They didn't try to do something different.

There is a balance that needs to be reached. I agree that there needs to be creative tweaks to make things interesting, but the characterizations and major plot points should be from the source material the majority of the time. Game of Thrones does this properly. The X-Men, IMO, does not. For example, in DoFP replacing Kitty with Wolverine was a creative tweak that wasn't needed. The Studio just wanted to keep everyone on the Jackman bandwagon without letting other characters grow. I personally believe that is the biggest flaw with these movies, they rely on their stars: Jackman, Stewart, and Lawrence way too much.

Take the MCU for example. I had no idea who Anthony Mackie was before watching those movies. I didn't even like the Falcon. There was creative tweaks (mainly background and tech), but the comic partnership between Cap and Falcon was honored despite Mackie not being a major star.

I would have to disagree about the Last Stand and Spider-Man 3 not being creative enough vs. the source comics. They were just crappy renditions.

@invain: Sure not the best writing. Especially in today's standards. I still think Walt and Weezy did a good job on those titles. Especially the build up to Fall of the Mutants through Inferno.

^ I probably contradicted myself a few times. LOL

Nothing about that movie makes me think about the word "quality".

Best, no. I have no faves, but I wouldn't call them the best.

Broo can go. Keep the Brood.

Yes, it should. It makes the stories relate-able to anyone that feels like they are in the minority or an outcast.

Yeah, but kinda by design, so I'm okay with that.

Nothing wrong with that speech.

Sorta. Not a highlight that's for certain.

They were interesting enough.

Never liked him either.

If you mean MCU films, I can't agree.

Yeah, I never like the mutant gene idea. Every mutation should be different.

I prefer him as bitter man. So anti-hero or villain for me.

God no. Kitty can't send people into the past. X-2 gets my vote.

Nope. I prefer Cyke and Jean.

I'd swap Bishop for Caliban. Just because.

I'd have to agree.

And the scrubs that was hanging around X-Factor. Skids guys! Come on.

I read the era she when was introduced, so I like her. But honestly, I blame the cartoon.

The name is fine. Aaron's characters were bad.

It had it's moments in the beginning, but yeah, overall it stinks.

Oh my, that was horrible.

Overated? I dunno. I don't think people really remember that era. Not that great though.

I hate his Jean Grey and prefer other versions of Scott.

Yep. Too drawn out. Taking it out of the core title bothered me. Just do a story.

He is horrible now, but I did appreciate his X-Men work.

Until he made Bobby gay. Don't be changing stuff like that.

It was a great series. Typically not a fan of X-Men being Avenger though.

Well, I'm not certain about Broo, but I basically agree.

Now for my personal Unpopular opinions...

Hmmm? I disagree. Simonson's run alone should be counted as "good"

X-Factor was the first book I personally collected. And that was the O5 X-Men run. Loved the Apocalypse storyline, and apparently it was good enough to make a movie out of... so my vote is X-Factor.

He makes the back issues more valuable.

Too valuable. I will not finish my New Mutants run because of him.