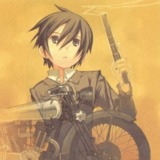 Interesting idea, would you be interested in CAV'ing Maul vs Mission 2 Galen Marek about a week after he fought Rahm Kota in his first fight against a Jedi? I might be able to give you a better appreciation for the character. :)

Great work, not sure if you missed anything but these might come in handy. :)

Movie depicting him as tired:

Literary sources stating he was exhausted:

We have several quotes noting that Yoda's fight with an exhausted Dooku took a lot out of him:

"Count Dooku’s Sail Ship takes off. Obi-Wan and Anakin struggle to the exhausted Yoda, but it’s too late. The Sail Ship rises into the air and flies away." - Star Wars: Attack of the Clones Script.

"Yoda halted the falling tower, pushing it aside. Dooku made good his escape, his vessel departing the hangar even as Padme Amidala arrived with reinforcements. The battle with Dooku had left Yoda tired but unbowed." - Star Wars Fact File #86.

The movie itself supports this take as it has Yoda struggling to hold up a metal pillar from crushing Anakin and Kenobi and has him limping and breathing heavily after retrieving his cane.

Will look this over later when I have a big block of free time.

@sithrevenant: Please provide proof for your claim that an author has authority over continuity after LFL has approved their work to be apart of continuity...

Scripts are not apart of continuity.

Quest text? Going to need you to clarify there.

Please provide the source that you believe serves as a "retcon."

@sithrevenant: I've already explained why Avellone's statement are irrelevant. What are these "other sources" you're referring to?

Plagueis was both a businessman and went by the name "Hego Damask" but that's neither here nor there. Whatever Tenebrae's creed or belief he was apparently considered to be a Sith during the events of SWTOR since he's referred to as such by third person sources.

@sithrevenant: He can give his opinion on it, sure. Doesn't mean his interpretation has any more authority then anybody else after the work he's submitted was approved.

Vitiate is referred to as a Sith in third person sources just as Sidious is.

@sithrevenant: Chris Avellone has no authority on continuity or the validity of character statements.

The sources you're referencing would either have to be a relevant member of the Lucasfilm team such as Leeland Chee or Lucas himself considering third person sources outright state that Sidious is a Sith.

@sithrevenant: Unfortunately, the quotes you posted are character statements that, even if true, would still place him beneath Vitiate who himself is beneath a version of Sidious decades prior to TFU. As a result, the context that Galen had exhausted most of his energy prior to struggling to accomplish a feat that Nihilus would've been capable of remains relevant.

@SithRevenant I'll read it over tomorrow. I'll be going on a trip from this Sunday to the next so if I don't respond within a week it's because my wifi is spotty.

@sithrevenant: I wasn't really taking into account a pit stop on the way there, though. Because I don't consider it all that relevant.

Because here's the thing, those six months had events that occur on either end of them. They actually have an enormous effect on Marek's power. But it's not because of growth via potential. It's a mindset entered upon surviving Vader's betrayal.

I actually agree with this.

Infact, he outright states that the power he felt after the fact made everything he had done prior to said betrayal irrelevant.

This was only once he had entered a state of Oneness.

So he's not just going from Kota to Sheev in three months, it's a considerably more complex growth in mindset that gives him quite possibly the biggest amount of growth in the entire novel.

Again, I'm not necessarily disagreeing here. Where I think our views begin to depart is exactly which instances caused the most growth. Personally, I think it was his second betrayal by Vader that caused the most profound growth as opposed to the first. Something indicated by him being able to use abilities that he had been unable to prior to that point.

So I am afraid those 9 days, from my point of view, most certainly do not even begin to cover draining numerous planets of all life and energy, an exponential growth rate that only gets more and more severe as his power grows.

You're going to have to explain the "an exponential growth rate that only gets more and more severe as his power grows" bit of that to me tbh.

As far as Galen having used the Force heavily prior to this goes, given that in the feat itself it is stated that he'd reached further into his Force reserves than ever before, and went even further, I'm not sure what else this means bar Galen having massive Force reserves.

I mean, he literally destroyed the supports of a structure tall enough that it stretched into orbit in a previous mission. I assume that he was forced to reach into his reserves to accomplish the feat as a result of having used up most of his energy prior to that point. That's the only interpretation that makes sense given the context and prior events.