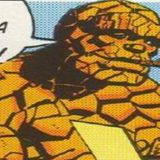 I mean what the hell is with this man? First, his thor wank and bait has recently reached absurd levels. Man claims he can one sho...

Spider-Man is not fodder to Iron Man

Spider-Man has been a peer, if not superior, to Iron Man (in any of his standard armors). Thanks to @noone1996 and @toratorn for help with the scans, I really appreciate it.

Kang: Spider-Man instantly recovers from Kang's blast, while Iron Man is out of commission.

Titanium Man: He stomps Iron Man, nearly pulling a Bane on him before he gets saved by the Black Widow.

Spider-Man stomped him and had him run away. This is actually an upgraded version of Titanium man as well, making it even better.

He also stomped the same Scorpion that stomped Titanium Man.

Carol Danvers: We all know how Carol Danvers literally killed Tony Stark, but here's the scan in case you forgot. On the other hand, Peter made her look like a fool when they fought, despite Carol being the aggressor.

Thing: Iron Man knocked himself out by flying into Thing, who instantly recovered.

On the other hand, Spider-Man tanked a beating from and even hurt a heavily amped Thing.

On the other hand, Hercules (at the time depowered) thinks having spider-powers (due to Spider-Island) would be enough for him to become a god again. Spider-Man in his armor also tanks hits from Hercules on multiple occasions.

Medusa: Iron Man gets stomped by Medusa on multiple occasions. On the other hand, Spider-Man had the upper hand against her and even overpowered her hair.

Backlash: Backlash's costume easily absorbs the force of Iron Man's punch, but Spider-Man has no issue turning it to shreds.

Rhino: Iron Man couldn't even hurt him with a sucker blast, completely gave up on trying to fight him physically, and then struggled to hold him even after he was weakened from smoke.

Spider-Man stomped him when angry and matched his strength. He also built a weapon to one-shot an even stronger Rhino. He also overpowered Rhino's charge and KO him in his armor.

Whirlwind: Iron Man got wrecked by him until Mandarin told him to leave. We even see him catch Iron Man as he tries to fly away, and then smash him into the ground.

On the other hand, a teenage Spider-Man stomped him.

Terminus: Terminus was so far above Iron Man that he couldn't even notice Iron Man's presence/attacks, and casually one-shot him. Alpha easily soloed Terminus, and the shockwaves of his attacks would have killed all the Avengers including Iron Man. Despite that, Spider-Man easily stomped him.

Thor:Thor neg-diffed Tony, but while amped (Blood and Thunder), mind-controlled, and bloodlusted, he couldn't break through Spider-Man's web shield.

Hulk: Hulk was so much more powerful and OP compared to Iron Man that he had to resort to BFR, sending him to space.

On the other hand, Spider-Man stomped him pretty easily.

He also figured out how to kill him if he needed to.

Zodiac:Iron Man got one-shot by it, but Spider-Man has tanked plenty of attacks from it.

Regent:Spider-Man takes more hits from the Regent than Iron Man does, and recovers much faster.

Iron Man admitted the only one who could beat Doom is himself - even though this Doom was using outdated tech, but Spider-Man takes Doom down in his standard armor.

Wolverine:Bleeding Edge Iron Man gets stomped by Wolverine, and Iron Man gets wrecked by Old Man Logan (who doesn't even have adamantium claws) before calling the Avengers for help.

On the other hand, Spider-Man neg diffs Logan when serious.

Daredevil:Matt Murdock casually blitzstomped and one-shot Superior Iron Man in Axis #6. On the other hand, Spider-Man statued and stomped him with ease while mind-controlled.

Captain America:Captain America could have stomped Iron Man every time they fought (Civil War II: The Oath). On the other hand, an exact duplicate of Spider-Man easily stomped Cap.

Hank Pym: Hank Pym has stomped Iron Man multiple times in his various guises: as Ant-Man, as Yellow-Jacket, and as Giant-Man, even Atlas did. On the other hand, an exact duplicate of Spider-Man (same one from the Cap feat) easily stomped him and Wasp at the same time.

The real Spider-Man actually stomped the duplicate later, just to further show that he could easily replicate any of those showings.