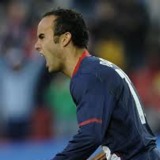 I'll be out for some time folks, going to camo for sports journalism

Great stuff, someone quote me please so I'll remember to add it to the directory thread when I get home

A month or ten late, but why not?

Again, not when I first made the case. Now it's getting a lot of backlash though now there are people arguing back against it.

You might also notice, we're discussing Kenobi right now. And yea, The vast majority of viners, sithmaster included, will tell you Kenobi has improved.

And most don't, on CV either.

Uh. yea, the only people of note I can think of who disagree are grey and nova, both of whom initially held rebels maul as better. Plenty of people believe the opposite.

There is actually evidence suggesting exactly the opposite. As I said though, I don't really care.

And yet you're pressing me on this which tells me otherwise.

Not really. Bump an Ahsoka vs Opress thread, and check how many people say "Ahsoka wrecks, or Ahsoka dominates".

Savage beat Koon and Adi Gallia. He stands a chance at taking Ahsoka

Everyone is saying Ahsoka wins, so I'm going to say Savage wins.

Not sure. How do you guys think Savage stacks up to Vader in physical strength?

Ahsoka, with difficulty of course.

Virtually every post here conveys a close flight with nearly half of them suggesting Oppress would win.

Yea, Ahsoka's gone up. Not that I wouldn't argue for Maul's improvement even if Ahsoka wasn't involved.

To clarify, it took you, me and Grey to elevate Kenobi's standing. And it was more a result of discovering new feats, than making solid arguments. The latter is just coming forth right now.

Yea, you two helped a great deal, but you only jumped on the wagon once I got it rolling. Generally when I push for a character to be raised, they get raised, be it Vaylin, Mace, Anakin, Koon, or Kenobi. I have no idea where you're getting this misconception that I lower the standing of characters I argue for.

Pretty childish of you, really. Childish response to a well meant comment.

Also for someone clamoring to just "discuss" things, you clearly take this too seriously.

You're the one randomly interjecting and making a side-show of a discussion I'm having with someone else.

then stop butting in.

JK,. fite to the end dudes and dudettes

Community Hypocrisy and My Own Personal Thoughts:

There are few things more pathetic than getting triggered coz people don't rate a fictional character as highly as you do.

If you really believe this single, vague feat is enough to grant Gravid victory/stomp over Revan we really have nothing to discuss.

And naturally your counter to a quantifiable feat is Revan mindtricking vaguely powerful fodder.

Fine, let's make this about feats.

Darth gravid was able to erect a telekinetic barrier capable of defending an entire fortress:

Barricaded within the walls of a bastion he and his Twi’lek apprentice, Gean, had constructed on Jaguada, he had attempted as much, and was thought to have destroyed more than half the repository of artifacts before Gean, demonstrating consummate will and courage, had managed to penetrate the Force fields Gravid had raised around their stronghold and intercede, killing her Master with her bare hands, though at the cost of her arm, shoulder, and the entire left side of her face and chest.

What does Revan have in terms of feats that outdoes that?

Ultimately, based on all of that scaling, Darth Revan alone was at least half of prime Revan’s total power, if not more. Meaning, if we scale backwards, there’s no excuse for holding Darth Revan so low, when there are other characters that have LESS scalable natures, being held higher than Darth Revan.

Show me what being half as powerful as someone looks like in a combative situation if you want this to actually mean something.