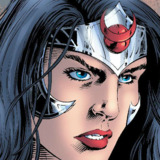 Maxima wins for a multitude of reasons

All this merging nonsense does is create more plotholes and confusion. It doesn't even make sense. They should have just let New 52 Superman remain dead in peace. Now it's like he never even existed...thanks a lot DC -__________-

Naruto stans have really gotten out of hand....LMAO

I really don't see anything wrong with this. I just looked up the character real quick and I couldn't find any relationship info on him at all. The fact that you all just assumed he was straight by default and are now getting worked up because he was revealed to be gay is more screwed up than any lazy pc writing.

I don't care about Aqualad but on principle it's wrong. Though was he ever shown to be one or the other?

He was heterosexual in the comics and young justice

S'ok, no one cares about Jackson.

@kazuma_bushi: You claim that black people created black beauty pageants, clubs and organizations because of racist white people. You justify a privilege that is extended to one race but not to white people and then you deny these privileges exist????!!!!! How can you argue for the continuation of black privilege and deny it exists at the same time? When you say it is OK for one race to take pride in itself and deny another race to do the same thing, that's privilege. It may be justified in your mind, but it is privilege. Well meaning discrimination is still discrimination.

You seriously don't think affirmative action laws don't negatively impact white people? It may seem fair to you if a rich black kid with lower grades gets a college grant while a poor white kid in Appalachia with better grades is denied for no other reason than he is white, but it is discriminatory. The white child is negatively impacted by the law. Do you think it is fair to discriminate against a poor white kid from Appalachia just because he is white? You may rationalize the need for the law to correct past injustices, but that does not change the fact the poor white kid from the mountains of West Virginia has been discriminated against.

You feel black people have received crumbs in comparison to their white counterparts, I agree with you, but you miss the obvious - you are justifying the continuation of a current privilege. You feel these reasons justify the continuations of policies which discriminate against someone who is white - but that's what privilege does - it gives one group benefits, while denying those benefits to others. That's why white privilege is bad. It is inconsistent to argue that white privilege is bad but black privilege is good.

You claim that if someone points out that there is black privilege they are "moaning" about it. But if it doesn't exist, what is there to "moan" about? I would ask you why you are arguing to continue privileges extended to black people but not white if you won't admit the privilege exists to start with.

Fam this convo is over. I'm not gonna raise my blood pressure going in a circular argument with someone whose view point is obviously never going to change. White people want to be oppressed so badly. I'm out. Don't reply back because I'm not.

There are people in this thread who claim "black privelage" is a thing. I just cannot. I am not at all surprised by some of the responses in this thread, considering who the largest demographic of this website is though.

Black privilege most certainly exists. A privilege is something that is given or extended to one and not another. And by extension, those not in the privileged class are denied this privilege. In the US there are affirmative action laws which grant non-Caucasians priority in obtaining school grants, hiring and in getting federal contracts. That's an example of legalized privilege. An argument can be made that these laws are needed to correct past injustices, but that just proves that the privilege exists. You can't argue for the continuation of a privilege extended to one group but denied another if it doesn't exist.

I am not saying that since black privilege exists then white privilege is justified or that they are equal. I think white privilege is more prevalent in society. But lets be honest, there are certain privileges that are extended to black persons that are not extended to white people. For instance, we allow black people to be proud of their race and to celebrate it through black pride, black beauty pageants, black entertainment television, black clubs and organizations. It would not be considered acceptable for there to be a white pride rally, a National Association for White People, White Entertainment Television, or set aside jobs for whites only. You can justify the privilege by saying that whites don't need these things, but it does not change the fact that a "privilege" is extended to one class of people based on their race, but not extended to another.

There is no such thing as Black privelage period. Affirmative Action has actually benefited caucasian women the most out of anyone, so that argument is completely laughable.

Black people have had to create things such as Black beauty pageants, clubs and organization because of the discrimanatory, racist, and prejudice practices of white people. Ridducling black feautures, making them the butt of jokes, and demonizing our physical attributes. Their beauty pageants were all white, they didn't allow us to join their clubs or organizations. We had to create our own. BET is black in name only, the true owners of it are white. And besides how many chanels exist where there is nothing but white faces shown? Black people take a crumb and you still complain.

I am baffled by the complete audacity of your words. Black people have received literal crumbs in comparison to their white counterparts and you still want to complain and moan about it. This is a classic example of why I don't mess with most comic readers outside of anything pertaining to comics.