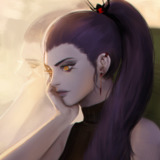 It takes one bullet but don't worry I ain't greedy 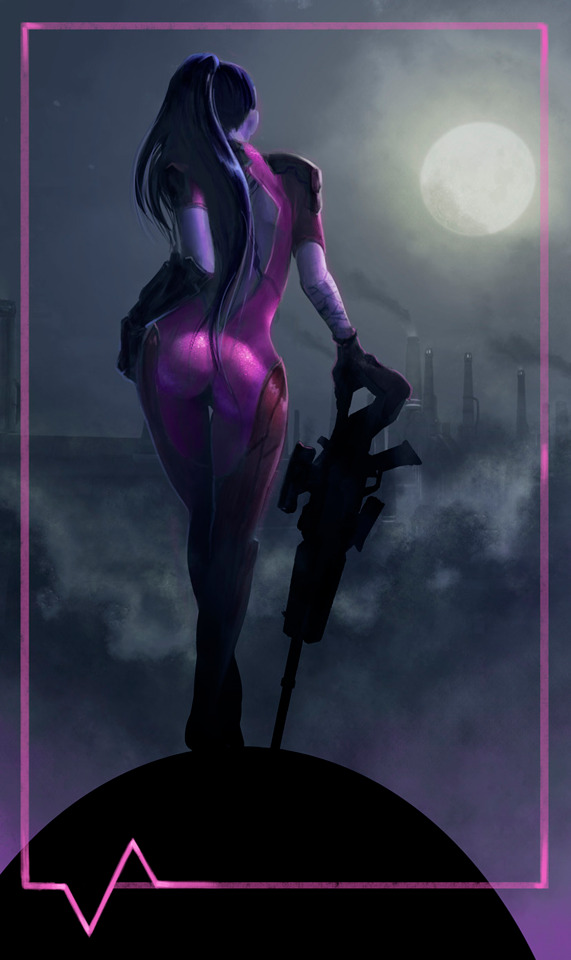 Rank/Title: Siren a princess of pirates

Gear: Heads Up Display Contacts aka H.U.D(tells ammo in guns, gernade count, vital conditions, shield status, offers Xray/Thermal/Night/Audio/Luminant vision and three zoom variants.) Bloodbubble(a shield that can take up to two tank hits before depleation, on depleation it releases a burst of spikes in all directions. Each spike containing a chemical that triggers bloodflow by telling the brain and heart what to do.) Gauntlet (armor that can shrug off small arms fire and knife advances, it also absorbs shock. This prevents fall damage and knock back damage). Eagle Eye: A advanced scope linked actually to the eye and not the gun, a sort of contact lens that comes with all the visual aids and a ID system. Using a variety of DNA recognition, Voice Identification, Finger Print Analysis and Facial Reconfiguration it can almost always identify a target. Originally it was being designed for the Cape Killers. Antidote: A series of mag locks and aura emitters scattered on her gear and suit. The mag locks allow guns to snap to Kayle's hands on command and return to holsters as soon as let go. They also insure nobody pulls the trigger on them besides her. The aura adds a chemical mixture around her that smells like vanilla, the focus of it though is the effect. Which is the ruling out of almost all methods that might attempt to shut off her powers.

Weapons: Two pistols on her hip a shotgun on the back of her hip. Meanwhile on her upper back is an assault rifle and a sniper rifle at all times. Located usualy in her hands is a submachine gun. Shoulder mounted plasma cannons. Gernades(3 of each varient) in leg pouches. For all guns but the sniper rifle the rounds travel 3000mph with the sniper being 4000 allowing them to be pass through most moddern personal armaments. The sniper rifle being able to easily go through various materials with ease.

Trixy x2: Located in the gauntlets are two small pistols that fire a tracking round. EA registers the target and from then Trixy will follow them.

Rasputen aka Last Resort: This under arm revolver fires off a thermal nuclear round. Its like a grenade in every round except the grenade is the strongest notion of one ever.

Hammer: A rocket launcher in the middle of her back. It fires a gravity well with a timed antimatter charge. Pull them in, go off and leave nothing.

Java: Two small spear launching long snout pistols holstered on the legs. Each goes off in a flechet pattern that bounces and ricochets.

Powers: Ammo generation is her natural Siren ability pulling ammo from essentially another dimension. If she triggers it on a more extreme level it creates a radius effect with a look of hallographic wings. This winged form is reffered to as phasebarage shooting out a variety of projectiles in all directions. This can incorporate elements like acid fire electricity ice or explosions. Seems to heal rather fast, a concussive blast is known to come with her physical blows. Her home world gave her a great eye sight and sense of awarness. Its said a crystal can augment a sirens powers, Kayle has sense overdosed and can continuously project ammo as well as shoot it from her own hands.

Fighting Style: a bullet for every limb

Weakness: Is addicted to crystals and gems absorbing the energy within almost as if they were drugs. Shes also reliant on guns great in a fight with them an acrobatic gunblazer with them. Not that impresive without them. Her inteligence is also limited to her expertise, shes a pirate, killer and thief not a diplomat, scholar or negotiator. Sometimes paranoid

Team: Probably not yours

Bio: Kayle was a young Keresh with a love for spacecraft and mechs. The problem though was dad was just a soldier never around and mother just worked in the factories. Kayle never saw much of either or the machines she loved. Always would she tinker with models and technology making many things, and even designing new ammo varients. None of which ever seamed to be acknowledged from others however regretfully. And in time she learned to just not bother trying to apeal to them. Then came the raids, on her home world.

The planet was Teraonyx a world with a black sun, the results leaving most material to glow a bit, somewhat radioactive. It was the moon which burned bright as day to the planets people. The nature of the world made these Keresh have an eye sight much more acute and aware, as well as to use all senses to function like a radar and be more alert. Of course the pirates thought this was a dark and easy world. Instead the planet was made into a war zone neiter side was designed to fight, The Keresh were lacking most its soldiers just had all the guns. The pirates were many but armed for a seige of a ship or two not a planetary war. However being more armed for combat the pirates did eventually take Teraonyx and make its inhabitants into slaves. Kayle was one of them, untill the nine year old got a hold of a bolter. It fealt natural in her hands despite its over sized build in comparison. And on that night she snuck into her moms room as she was being defiled as was so common. The eyes told Kayle what was wanted and two shots rang through that ship. Two skulls bursting under an explosive round.

This was impressive, coragous and cold she was perfect. The pirate King Ace Starkil took her in as his own. Kayle finally had the life she wanted at long last. They taught her how to navigate the stars, how to pilot all things mechanical. She was tought how to fix them all as well as make things to repair them improving her skills ever more. They also taught her to lie, without a trace of deception. How to act like whatever was called for, and seduce people. Early on the alluring tricks just led to a kill, later on she was fine with using them in all ways though. As for when she learned she was a siren, thats a story for another time.