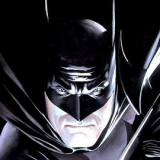 WonderCon 2014 was my first comic con experience and was so much fun that I cannot describe in words. So many cosplayers with such colorful display of their passion towards comics. I was actually walking among so many DC and Marvel characters! I grew up reading comics but never even thought that I could actually meet a creator in the industry one day and get their autograph! Wow! I got a chance to meet Kelly Sue DeConnick, Tony S. Daniel and James Robinson. They were super super sweet and humble! It was overwhelming experience for me. What more? I get to meet Tony @g_man as well! He was probably waiting to interview Francis Manapul or Robert Venditti? not sure but I got an opportunity to say hi and get a pic!

This is the week we have the Man of Steel released. I did watch the move and was truly blown away with the amazing graphics and action. So here are some of my two cents tribute to Superman.

I recently visited the Hollywood museum and Ripley's Believe It Or Not and was very happy to find displays related to Superman. Here it is. Hope you enjoy! And do not forget to watch the movie - fan or no fan! :)

From Ripley's Believe It Or Not Museum, Hollywood

I fell so much in love with comics that I went ahead and setup a room just for them!! I am still far away from what I want to achieve though.

Here are the snaps. I did post this in general discussion but also wanted to save it as a blog on CV :)

As you can see I am a LOT of a DC guy and a small amount of Marvel guy too....

Apart from these I have 3 long boxes and about 6 short boxes.

I have all my comics catalogued here: http://connect.collectorz.com/users/kashyaprn

How to bag and board comics LOL.. check this video out

Spider-Man Carnage - Believe it or Not!

I had seen several interesting stuff at the Ripley's Believe it or not museums across United States but I was particularly very excited with this find and wanted to share with you fellow comic viners out there.

This is from the Ripley's museum downtown Gatlinburg, Tennessee. A Spider-Man painting done on a canvas whose surface is prepared out of raw spider-web! yes thats right, raw spider-web!!!!!

Here is the small note that said below the painting -

"Believe it or Not! this depiction of Marvel Comic's super hero "Spiderman" and his arch nemesis "Carnage", was created by Mexican artist Enrique Ramos from real spider webs! Using a technique that he developed, Mr. Ramos mixes soap and water with raw spider webs to create a 'wafer-like' canvas on which he paints his masterpieces."

How cool is that? If at all you are around Gatlinburg anytime, be sure to check this cool painting out.... Take a look at the painting below:

Here are some of Enrique Ramos's more interesting works for Ripley's:

I finally got a chance to sort out and create a catalog for statistic and sharing purposes. I used this amazing software from collectorz.com which truly is very nice and made me feel very happy. (no I am no advertiser of the software)

Here is the link to my collection: http://connect.collectorz.com/users/kashyaprn/comics/view

I am planning to have my own room-cum-museum decorated with all my favorite comic artifacts and of course comic books!

But for now I enjoying this digital museum!!!!

The Phantom in the Justice League!! What do you think?

The tech & science behind the “Ghost”

Well, we had a great year with the new series on the Phantom gaining momentum. There is nothing more merrier to see one’s childhood hero come back in action! Although I read many newest superhero comics, I have a special place for the ghost in my heart.

Just to mention that it is a great pleasure to be writing this blog on comicvine inspired by an article by RazzaTazz on Science of Aquaman. My thanks to her for this marvelous idea although I am not writing deep science/ tech here - just a little blog about Kit Walker, the LAST Phantom!!

Dynamite has made some bold moves in the new series by not just explaining the science behind the legend but also broken some of the fundamental traditions of The Phantom and his lineage. Firstly for some reason Kit Walker is “Kitridge” Walker. The legacy always had it as “Kit Walker”. Not sure why there is this slight change in the name.

Revealing of face to the world: well the eyes at least should have been concealed. Kit is giving a speech to the Walkabout Foundation charity funding members in a large party gathering in Bengali, where his face is clearly visible to everyone. The Phantom, as Lee Falk had introduced, his face cannot revealed to anyone except to the one who marries him!

The signet rings are the trademarks of the Phantom from centuries. One has the skull mark for the evil-doers and the other has the crosses swords given to those as good luck charm and as Phantom’s protection mark. As the jungle saying goes, the one who wears it is protected by the ghost who walks.

Haven’t we been wondering how exactly these rings leave marks behind on the skin after the “punch”! Moreover this mark is permanent!!!!

As I read the last phantom series, in each comic book I see glimpses of Kit’s father, the 21st Phantom. Kit remembers all the lessons he learnt from his father in his childhood days. It seems as though Kit’s father is only in his memories and nothing has been revealed yet on what has become of him. Is he dead? Or is he alive guiding Kit while he is working his way as the new Phantom? Hmm....

Kit, as a boy, he learns various skills and techniques which he may need when he takes over as the new phantom. Here are some pages where the father teaches a thing or two to his son (as Kit remembers them).

Kit asks his father about the rings on how do they work; how hard does he has to hit to get the permanent mark on their face. For many decades of comics published and it had never been revealed as to how this mark would really come. We know that with our simple rings that would be impossible to get even temporary mark! But as per what Scott Beatty has explained, very interestingly, it is really NOT the punch, but there is a specific juice from the berries very skillfully added into the rings that really leave the mark due to the allergic reaction with the skin. Now that is a damn bold explanation. Checkout the panels below.

This is one new feature added that I am very excited about!!! I mean the ghost who walks now can turn invisible? Now that is adding a touch of scary to the mysterious - like the icing on the cake!!

There are several suits manufactured by Krieghund, a terror org that supplies private army for hire. These are specially for those who go on mission to kill people targeted by the hirer. This plant is somewhere in South Africa where Kit traces back the villains. But during the course of the story it is seen that the plant explodes destroying almost everything but one suit that Kit manages to acquire.

This suit is purple and is entirely made up of photo cells that bends rays of light. More like that car we have seen in the James Bond movie Die Another Day where the car takes the reflection from one side and displays on the other making it look as though nothing is there.

However, the suit is not about reflection but it is about refraction. Checkout the panels below.

But on the other hand you cant really fool someone with a sense of smell like the phantom's wolf Devil right?

Krieghund not only developed suits but also special glasses that help the mercenaries to see their own men around them who are wearing the suit and have gone invisible. This, obviously is a necessary feature. Else they may end up shooting each other by mistake. The glasses actually undo the de-refract the light rays to enable them to see. Checkout the panels below.

However there is an old man who has an invented night vision glasses with which he can see anybody in darkness. But with the wearer or suit hits the button to turn invisible, then the infra-red feature can be used to view based on the body heat tracking.

The Guns and The Marksmanship!

The gun belt has been very important to Phantom. It has been passed from one generation to the other. Phantom usually has many belts to spare in the skull cave. But that is one of those precious things he doesn’t like others to have and definitely not the villains! The 21st Phantom retrieved his father’s belt from the killer of his father, who had it with him as a price and proof of killing a ghost who walks!

Although the marksmanship is something that is intact, for which I am really glad, in our last Phantom’s stories, we see that he equips himself with much better guns that are probably more advanced. Checkout the panels below.