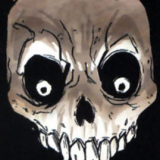 ugh i donno why this got moved to the spider-man thread. this isn't actually spider-man just someone in a spider-man suit.

he is in the basement with nerd hulk in the middle of the comic. It definitely hints at him being someone that has been around before and he is definitely not peter parker.
http://img341.imageshack.us/img341/1708/whope.jpg

you couldnt tranq the hulk because as it is affecting him he would change but you could spike or poison his food.

no not just because they started the poll because of the idea of not having a robin around. kinda like when spider man 3 came out and the whole back in black thing. people see movies and get all pumped about the idea so then the make some changes in the comic to be similar to the movie to sell more books.

how can you be a cheap rip off to something that you are? he was robin, he could be a grayson rip off but not really a robin rip off cause he was robin.

In 1988, Dennis O'Neil suggested that an audience might be attracted to the comics by being afforded the opportunity to influence the creative process.[4] Settling on the idea of telephone poll via a 1-900 number, O'Neil had decided due to discussions with DC Comics president Jenette Kahn that the poll should not be wasted on something insignificant. O'Neil settled on using the poll to determine the fate of Jason Todd. O'Neil said, "The logical candidate was Jason because we had reason to believe that he wasn't that popular anyway. It was a big enough stunt that we couldn't do it with a minor character."[5] Even though Jason Todd was unpopular with readers, O'Neil could not decide what to do with the character, so he opted to present the choice to the readership.[4]

The vote was set up in the four-part story "A Death in the Family" that was published in Batman #426-429 in 1988. At the end of Batman #427, Jason Todd was beaten by the Joker and left to die in an explosion. The inside back cover of the issue listed two 1-900 numbers that readers could call to vote for the character's death or survival. Within the 36 hour period alloted for voting, the poll received 10,614 votes. The verdict in favor of the character's death won by a slim margin of 5,343 votes to 5,271.[6] The following issue of Batman, issue 428, was published featuring Jason Todd's death. Despite the poll results, O'Neil noted, "We did the deed, and we got a blast of hate mail and a blast of negative commentary in the press."[7] A few comics creators voiced their displeasure at the event. Writer/artist Frank Miller, who had worked on Batman: The Dark Knight Returns and Batman: Year One, said, "To me the whole killing of Robin of thing was probably the ugliest thing I've seen in comics, and the most cynical."[8], Ironically Frank Miller was the first to suggest the death of Jason Todd, in his graphic novel The Dark Knight Returns. However, DC stood behind the outcome of the poll. O'Neil was quoted on the back cover of A Death in the Family trade paperback collecting the story with Todd's death as saying, "It would be a really sleazy stunt to bring him back."[9] However, O'Neil would later regret his decision.[10]