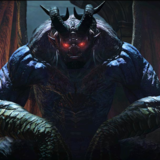 Captain America is not fodder to Iron Man

Captain America has always been a consistent peer or threat to Iron Man (in any of his standard armors). Thanks to @noone1996 and @steelman2020 for the scans, I really appreciate it.

Obviously this thread is a parody/response to this shithole of a thread. At first, I actually thought this thread was pretty funny. It's obvious satire and it's clear that no experienced user on Comic Vine actually believes that Iron Man is a high-tier. Even those involved in making this thread don't actually think Iron Man could beat Captain America in a random encounter. It's meant to poke fun at or troll Captain America fans. However, when you take a deeper look at some of the feats, this isn't just a comedic or unserious wank fest of Iron Man at Captain America's expense. It's disguised as harmless fun, but the anti-Captain America sentiment/disdain is real. It's a disrespect or anti-feat thread covered up with a Iron Man cloak. The Captain America hate is very apparent. Just looking at the replies in the comments, and seeing users actually linking this thread as evidence of Captain America's inferiority, has shown that a lot of people just didn't get it. As a result, those involved in compiling this thread, just went with it. Instead of treating it as the joke it is, they doubled down and pretended like it was a legitimate analysis instead of admitting it took them 30-40 minutes to make or that it was just intended to piss people off. Now inexperienced, ignorant, or naive users are directed there and they don't know any better.

Cap shrugs off a Mjolnir throw that floors Iron Man (Captain America: Man out of Time #4)

After punching eachother, Iron Man is left rubbing his jaw while Cap talks to Vision (Avengers #114)

Cap could have beaten Iron Man every single time they fought but spared him (Civil War II: The Oath)

While Cap drew blood from the adult version and cracked his helmet (Captain America: Man out of Time #4)

While Cap drew blood from Hercules and had him yell out in pain (Civil War II: Gods of War #3)

Spider-Man stomped Iron Man and tore apart his armor (Amazing Spider-Man: Who Am I?)

Iron Man is pinned by a rockslide (Tales of Suspense #87)

While Cap recovers quickly from a rockslide (Captain America #607)

Blogs Created:
3 blogs
Most Commented blog:
Wonder Woman is NOT a High-Tier: 200+ Images of a Mid-Tier in Action
Total Comments on blogs:
146 comments