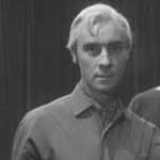 The US East Coast, could be Boston, New York or Philadelphia. A woman is waiting for the bus in torrential rain. As the bus pulls up she is revealed to look somewhat exotic, her hair, jewellery stand out from the grey mass of people around her. In the distance an old lady with a cane hails the bus to wait for her. The driver wants to ignore her, but the woman pleads him to wait, but he's being a jerk about it and wants to leave them both standing. He hits the pedal, but the bus doesn't move. He tries to get the bus to move, but it will not budge. It is then revealed the woman is holding onto the bus, while he old lady gets to the bus and thanks them for waiting. The next bus would have been half an hour later.

The woman arrives at her apartment, she recently moved in and her neighbour is a young, bubbly mid-western woman called Etta Candy who is an aspiring reporter and working with some NGO's and warns her she is a sleepwalker, often doing strange things in her sleep, while the exotic woman reveals her name is Diana. Diana then notices an unusual mark on Etta's arm. Etta explains she got this during a holiday when she was a child, when she fell overboard, her parents thought she was dead, but she made it to the shore alive. They chat about an incident that happened a few days earlier when a mysterious woman saved people trapped in a car under a burning tanker truck. In the background you see the cell-phone footage of the woman tearing out the door of the car with ease.

The next day the Diana is sitting on a bench near the water's edge. An old man pushing a cart walks past and asks if the seat next to her is taken. He remarks she looks foreign, unusual, fresh and new. He's a bit of a philosopher and says that the problem with the world today is that nobody cares any more, people are too busy being cynical and blasé. They don't want to change the world because they no longer think it can be changed. Moments later a ferry on the water seems to hit something and it starts to sink. Diana excuses herself and leaps into the water. The old man looks on and moments later a mysterious figure emerges from the water, flies into the air and using a golden lasso-like device wrapped around the ship holds it up, while rescue boats arrive. After the boat is saved the mysterious woman looks for what may have caused the accident, but it vanished beneath the waves.

Washington DC, Colonel Steve Trevor enters a board room filled with officials. A woman called Amanda Waller questions him harshly about Diana and asks him why she is free to roam the city at will and openly displaying her "special abilities". Trevor explains that previous attempts to lock her up or secure her didn't work, "As far as I know she isn't a prisoner or a terrorist. She is a guest of the USA." so she gave him her word she would not do anything to compromise them. Waller explodes with anger and tells him that she is a loose cannon and too dangerous to be let loose and demands to know why she did blow her cover. He replies she did the only decent thing she could do. "Would you stand idle while people were drowning ?" Trevor asks. "If it was a matter of national security, yes." Waller replies. As some officials give her odd looks, she adds : "I would of course call 911 ..."

Trevor meets up with Diana in a café and tells her she should try to be less obvious or Waller will have her moved to a special jail they are building, but Diana is asking him about a story she heard about a bat-man in Gotham City and tells him this could be important. Trevor tells her their people are on the case and it doesn't look like one of Circe's creations. Diana thinks that the incident with the ferry wasn't an accident. As they talk footage of Diana rescuing the ferry is shown on TV and one of the passengers, talking in Spanish calls her a "Mujer Maravilla" which the reporter first translates as a Miracle Woman, and then to Wonder Woman. Survivors and passengers agree and say Wonder Woman saved them.

At night, at an industrial site near the river, something large stirs in the water before the camera switches to inside, where a man in a very expensive suit is talking with an African man. On the table between them are suitcases filled with money, gold, drugs and gems. The African man is revealed to be a deposed General and that the money being given to him will help him rebuild his army in exchange for sole control of the oil fields in his country.

The next day Diana is returning home with groceries when she notices the old man. His cart, filled with all kinds of things is broken down and she offers to help him. She pushes it to a somewhat run down brownstone. Inside she finds that the man was an important figure in the 1960's and has photos of him with most of the important people of the day like Kennedy, but when politics changed, he backed away because nobody would listen to him. His cat takes an instant liking to Diana and he remarks that his cat hates everyone, too many people have been mean to it. As they talk, he tells Diana that people need hope again, they need a symbol to rally behind. He implies that he knows her secret, but doesn't say it openly.

In some fictional African country, a column of trucks and armoured vehicles is crossing the border, UN troops have been bought off to look the other way. The soldiers report a refugee camp nearby and the General says he will start his campaign there and tells them to prepare the mortars.

Inside the camp the situation is desperate, the food supplies have been stolen and people are starting to die. A female doctor is sending out another message to her contact, Etta Candy and she will put it on the news. Diana hears about this and goes to her apartment, changes into her costume and then flies off at tremendous speed.

The refugee camp is in chaos as mortar shells land left and right. People scramble for cover and doctors rush to help the wounded. The firing stops and troops close in. Some soldiers enter a tent and find a doctor trying to shield a family. The man raises his rifle and shoots, but there is a flash of metal and the bullets bounce away hitting some of the other soldiers. Wonder Woman grabs his gun and snaps it in half and he runs away. In minutes Wonder Woman defeats the army, tossing armoured cars into the air, ripping guns from their mounts and sends the soldiers running. As she checks for injured in the camp she finds the female doctor dead, trying to protect some children. Diana flies into the air and lands at a large compound. Inside, it is a terrible place filled with people being tortured and executed while women are prostituted to the soldiers. The general and his bodyguards are watching a porn film on a massive large screen TV. Diana enters and humbly asks the General to stop his attacks, but he arrogantly tells her off, while making some lewd remarks. Diana tells him she will appeal to him one last time to release the supplies as a token of good will, but he smugly tells her to get out, while his men point gold-plated guns at her. Diana leaves and then sees the containers with food and medicine and a large armoured Mercedes.

Who still believes death is still relevant in Comics ?

Aside from the editors who much cling to this belief as textbook examples of cognitive dissonance, who else still thinks that deaths like the newly announced last stand of Charles Xavier is still relevant ? I just assume he'll be back before they finish reading his obituary ...

Is the new 52 just another event ?

After Flashpoint DC rebooted their universe, some characters hardly budged (Batman) others went through thorough changes to their origins (Wonder Woman, Cyborg) or backstory (most Wildstorm characters)

And then there is the mysterious Pandora confronted by Phantom Stranger who was aware of a previous DC universe. A plotline which is still unresolved.

I still can't shake off the belief we are in the middle of one of the largest crossover events and that something big is lurking around the corner.