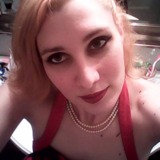 i am so looking forward to the new 52 coming to an end. i miss loving dc comics.

So for some reason, a question i get asked a lot is who is my favorite Robin.... i dont know if this is used just as an ice breaker when someone finds out i'm into comics, or a test, or just happenstance. Anyways my answer is complicated and im tired of re typing it so thought i would just post it up and be done with it. and since it is usually one of the first questions i get asked its only fitting that it is my first blog post here.

so favorite Robin for Bruce Wayne's Batman is Tim (because he really understood his role in the duo and knew batman NEEDED a robin and and did everything he could to be the robin he needed. also he had a lot more of bruce's detective skills which was nice to see brought forth again)

favorite post robin carnation character is the Red Hood ( who doesnt love a good anti hero. his story is a little all over the place. i dont think they knew what they wanted to do with him for a while so he was just whatever the story needed. but once they figured out what that was it was glorious)

favorite Batman Robin duo is Dick as Batman and Damian as Robin (it was just awesome to see a light hearted talkative batman and a brooding kick ass robin for a change. they didnt spend a lot of time arguing unless they had good reason too and dick was always really understanding of what damian was going through i think cus he was shut down so much as robin with bruce. over all it was just a lot of fun)

so who is your favorite robin?