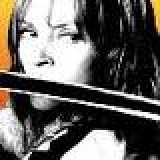 (This bio will be expanded gradually over time.)

Heredity: Half British, Half Japanese

Occupation: A Bounty Hunter, but dabbles in the industries of vigilantism and assassination

Powers: The ability to create and manipulate most forms of electricity, Superhuman Reflexes, Short range teleportation, Heavily refined martial art skills, And possibly one of the best swordsmen with a Katana

Taylor Livingston was born the daughter of a British businessman and a Japanese beauty, who moved to Hong Kong in order to corner the very profitable business of a liquor store. Eventually Taylor was born, but the shop her father ran was getting low on cash. Soon he found that the Triads were giving out a massive loan, and naturally with a family, he took it. However this only supported him so much, and when a year passed and he couldn't pay, every few weeks the Triads would send their best to either chop off a finger, or break a leg. Whatever was the case they needed the money. Eventually three years had passed and they were done with it, A group of triads busted down into Taylor's home. Quietly she hid under her bed, but was forced to watch the viscous men, armed with Cleavers beat down and tortured his mother and father, beating, taunting, raping and butchering them while she was helpless to watch. Finally the two set fire to her home, and she panicked, grabbing what materials she could and narrowly escaping. She survived in an orphanage for a while, eventually figuring out she was a VERY powerful mutant with the ability to create electricity from her hands and legs, And either fire them off in various blasts or electrocute people or objects. Eventually, at Age 14 she ran away from the orphanage, dedicated to finding her parents killers and hunting them down.

Her first outing saw her finding one of the killers, And with her electrical skills and only self training She managed to give him major burns, But he was able to beat her down, stab her and was about to shoot her in the face when a strange old man appeared, armed with a strange blade, he chased and scared away her attacker and carried her to his shack. There he carefully mended and healed her wounds and she awoke quite confused. He explained very little but said that he was a form of her guardian angel, He was there to help her. He explained he was one of the best swordsman of the east, and he admired her seeking of retribution, to create order and make things right. The man raised her, fed her and kept her as he taught her slowly the greatest martial arts and eastern swordsmanship techniques in the world, Hidden skills and abilities until at age 16 he decided she was ready. She had the skills to take on the best of the best. As to show him leaving her, He crafted a fine blade of alloys, Made of Adamantium, Meteor, Steel and other rare minerals into a a strong, powerful, electricity conducting blade and very carefully melded it onto a ebony handle with a small vibranium coating and a bronze guard, to create his most legendary blade known as Shuurai. She gleefully accepted, And on the anniversary of her parents death exactly, She made her move.

On the rainy day, Taylor realized that the location of her parent's killers were scattered around Hong Kong, for the first she encountered him in a strip club nearby where she teleported from spot to spot, killing anyone who stood in her way, innocent or not before she saw the man and finally teleported her blade through his throat.

The next man was lounging in hotel, where she immediately tore through his doors and decapitated him right there in his room. Number three was camped out in an abandoned shack with a set of drug cooks, instinctively she just carefully charged a bolt of lighting and fired it into the shack, causing a massive explosion of chemicals and fire, slowly and just carefully roasting the skin of her past assailant

The fourth thug was found at a parking lot, trying to pick the locks of cars and steal them for scraps. With a smile on her face, Taylor realized she had made news as all over the world already, broadcasts were being made of her rampage through Hong Kong, resulting in deaths of many. Whatever happened after tonight, she would be infamous. She ran to the thug in the parking lot who pulled a gun on her, But using her absolutely devastating reflexes was able to chop a series of bullets in to pieces, And finally lodge Shuurai inside the stomach of the man, running him through and sticking him inside of a car. She smiled as the blood covered her face and she ran to the final target.

Due to the fact her mission of hunting and killing off her former underworld appeared incredibly dangerous, especially when only armed with a sword and her own quick mind, She was dubbed by the media "The Kamikaze killer", A Name she liked and in the future used as a code-name, Shortening it to "Kamikaze". The final man, Hiro was aware of what was going on. He remembered a bad hit occurring with a few buddies and now one by one his comrades are dropping? He was smart, he knew this couldn't be a coincidence. He was one of the few hitmen involved that weren't just your average soldier of the Triads, within those years he had gained a position in the Triad's hierarchy. He ordered every last man he could muster to arrive at his mansion and protect him, with whatever weapons they could scavenge.

She began thinking tactically, Scouting from just outside the mansion she noticed three men, armed with shotguns guarding the door. Being as hot headed as usual, she proceeded to teleport behind one man, impaling him with Shuurai and using his body as a shield from the buckshot poured on by the other two. Just before reducing her shield to mush, Taylor had teleported right behind one man, Grabbing his arm in a hold as to force him to fire the shot gun point blank at his ally, and then turning the gun on himself. She smiled at her work as she teleported effortlessly through the mansion, one by one electrocuting and slashing the various soldiers apart working her self level by level until she made it to to the final room.

Immediately her rage as she saw the mastermind behind the attack, Hiro fire off a gun directly into her stomach, piercing it and allowing a massive spewage of blood to fall out. Her reflexes were clouded by her anger as he collapsed and Hiro made a run for it. He escaped just in time to get to the rooftops, Running with his revolver in hand. Filled with frustration, Taylor ripped the bullet out of her stomach with her own bare hands taking chase as she went on to the rooftops with her great agility, eventually catching close enough to Hiro that he could turn around a fire a shot from his revolver toward Taylor.

She blocked it by placing Shuurai under the barrel of the gun, making him fire his shot into the sky. Hiro quickly launched a kick to Taylor gut in response, causing her to grab her already wounded stomach and drop Shuurai. She was in stun, but she couldn't let him win. Hiro carefully placed his gun up to her head, ready to pull the trigger when just narrowly the Adrenaline surged through Kamikaze and allowed her to tackle into Hiro, taking a position that she could set ontop of her tormenter and began pounding him, Causing him to lay his pistol to the side.

News copters circled as they had documented the whole showdown, and soon local police were arriving. This was her chance to make history, but it didn't quite work. He was just narrowly able to grab his gun again as she began strangling him, able to place another shot right in her stomach. She collapsed over him as he rolled over, smiling. he had two more bullets and he placed it against the skull of The Kamikaze Killer. He smiled, giving a sinister monologue as thousands of viewers of the event around the world gasped in seeing what could be the Midnight Vigilante's last moments...But they weren't.

Just before it occurred Something strange happened. The old man that had trained her appeared, his katana in hand as he slashed through the leg of Hiro, Hiro turned for a moment, screaming in pain as he turned his revolver over to face the old man who had cared for Taylor for so long, and fired a round into his skull. She let out a blood curdling scream as he died, just barely escaping as she dived for Shuurai. Vengeance would be hers, she would make sure of it. Gripping Shuurai in her hands she came slashing and stabbing at Hiro who was viscously taunting her as he blocked each slash by each slash. At a point she pressed her blade over the barrel of his gun and kicked his kneecap in, Causing another round to fire. Finally he ducked down as the fight was drawing to it's climax. Finally they found themselves stalemated. Taylor had her blade placed right near his throat, charging it with volts of electricity enough to fry every last nerve in a man's body with pain, and the man had his gun just carefully placed on her forehead. It was the final moment and showdown as the two stood, threatening and conversing for over twenty minutes as S.W.A.T. Snipers couldn't get a decent shot on either, So it was up to the two to resolve their problems.

It finally ended as Hiro pulled the trigger and Taylor pierced into his throat, Frying him with all sorts of electricity and leaving him a smothering corpse. But when she picked up the gun her senses finally made her snap for a moment...She looked into the chamber and discovered something.

The Revolver was empty.

Taylor soon passed out immediately after the showdown ended from blood loss, Where she was soon taken into police custody for a year, But after a rigorous group of protesters and copy cat killers began begging for her release, She was let free by the Hong Kong government. She packed up her belongings and proceeded to move around for the rest of her life as a traveling, sword wielding vigilante, But finding killing or capturing criminals from the bottom of her heart was not exactly a good source of money, So she became a bounty hunter, one of the world's best at that. Every day for years she practiced by killing or arresting the world's most dangerous criminals, villains and whatever else fell under the jursidiction of needing a swift Katana strike, or a bolt of a lightning.

She seems to have lightened up quite a bit since she exacted revenge, feeling fulfilled and no longer being as serious as she was in her teenage years. Still she is a shocking force to be reckoned with.