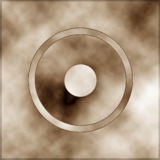 Man's Apotheosis is a constant. An inevitable event as long as we survive

The Origin of an Eldritch Deity has always been a mystery, their existence seemed so unfathomable, so quintessential that they seemed to have lack one. However, Yug-Shohythlo is one of the few with a reasonably sensible one. Yug-Shohythlo was born on the first dwarf star in the universe, Uun. His creators, outcasts of a godlike society, granted him the gift of immortality and the will to spread destruction.

So, in the pursuit of of masters' orders, he continued to destroy. Civilizations, stars , planets fell under him. And the outcasts of those fallen societies have began his worshipper, giving him many names and many titles. Guardian Of The Free World to some and destroyer of the Imperfect to others. This cycle of endless destruction went on for many eons. Eventually seemed to have slowed when he reached a planet called Earth.

The atrocities of Yug-Shohythlo have come to a stopped for a few hundred years. The Great Turmoil went into a slumber underneath the oceans of Scotland's coast for many generations until a man by the name of Kalius Hawthorn appeared. Kalius was a runes-keeper and a oracle, following the Nordic Gods' orders to find "an abomination laid dormant". However, the sleeping destroyer was starting to wake. Causing those around it to reach insanity, all of which expect Kalius. With the help of the Gods' runes and an army of divinely blessed magi. They were able to bind Yug-Shohythlo to Kalius, enable them to trapped the beast within Kalius's body. They later turned the body into a stature and had it sent off to the furthers corners of the Earth along with Kalius's family.

The Hawthron family settled in the Iceland mountains for the rest of their days, creating and studying spells in case their great-ancestor broke free of his curse.