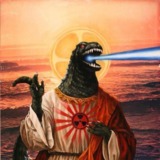 "Comics are dying." This is something for this site, and most pop culture sites, has stated time and again for a few years now. Comics are dying. However, comic books been around for ages—over 100 years now. They boomed in popularity around 80s, started crashing in the 90s, got popular again in 2000s, and from 2010s to now being declared dead as Manga top the charts in the sales area of “drawings with words to them.” Well, allow me a different point of view.

To start let’s really look at the proof Comics are dying. Most sources point to the sales figures of Marvel and DC. The big two. Yes, those areas of industry are getting wrecked in both sales and criticism. They are compared to garbage from a story perspective, victims of cheap gimmicks via multiple big events, and impose the steady re-issue number #1 trick for sales. Another major deal is Comic shops have started to shut down thanks to Covid. That is a major blow for comic readers who purchase physical issues. Collections of comics also suffer since the 90s as most comics have been printed in high numbers and are considered not old enough to be of value. This is all true, but is it the whole picture for the Comics industry?

One major thing people forget about is Indie comics. Comic companies like Image, IDW, Dark Horse, Dynamite, and Boom have really started to blossom. Sure they are nowhere near DC or Marvel in sales, but they are getting recognized more and more by the community. Some of these companies’ IP have hit movies, films, games, and other forms of media, like Invincible, Hellboy, The Boys, The Crow, Walking Dead, The Mask, Sin City, TMNT, Kick Ass, Spawn (HBO not the horrible movie lol) and many many more! These smaller comic companies did well for themselves, I would say. There was a time when Spawn beat Superman and Spider Man in actual sales. That happened in the 90s. Even in today’s post-Covid world these smaller comic companies are making decent money. They also make comics of established IPs like The Shadow, Transformers, GI Joe, Godzilla, Aliens, Predator, etc. with great success. They are doing alright.

Another major thing many people point to is the decline of physical comics. As in ink on paper drawings with story added to it. The definition of a comic "book." Yes, Comic Books are not as big or plentiful as they once were for Marvel or DC in the world today. However, Marvel and DC don't need Comic "books" anymore. They are in a phase of transformation. Their IPs always did well in cartoons in the 80s and 90s. Now with today's CGI we get insane good "comic" stories in the form of animation, films, and movies. Look at just how big CW Arrow shows were. Marvels MCU is the greatest still franchise in Hollywood. Even Sony cashing in on Spider Man IP. DC makes killer cartoons as well, like Young Justice and Teen Titans. DC animated films like Killing Joke and Red Son are great. Spectacular Spider Man anyone? Fox's X-Men IP ran a good run as well before Disney merger. Even the Injustice video game was serious E-Sport until recently. Think about how all this made bank for Marvel and DC, and not once in the form of a comic "book." In a way comics have transformed into other mediums of entertainment. Films, Games, etc. They are doing great pop culture-wise, and left a much larger imprint than the comic books ever had. Comic books have transcended after 100 years of being on paper.

The last thing I should mention is Manga. The ole dreaded Comics vs Manga. Even years back this Comics vs Manga thing never jived with me. A Manga is in all seriousness simply an eastern style of comic. It has tropes that are different. You read it right to left, it’s black and white most of the time, and often there is major power increasing over 9000 tropes lol. Still, in the end, it’s an eastern comic. Ink on paper that tells a story. I never understood why Comics and Manga camps cannot get along. If Manga is selling super well, it’s good for the "comic" business. It means the art of good stories told through drawings and dialogue boxes is not dead!

I think I rambled on long enough, but next time you hear others, or think to yourself, that comics are dead or dying, just try to look at the bigger picture. Comic-based IPs are making insane waves in pop culture through TV screens. Manga and smaller Indie Comics have seen an increase in business alongside the decline of Comic "Books" from Marvel and DC. Our passion is not dead. It’s just different than the old days. Sure for some of us change sucks, but the bright side is future generations are more than likely to enjoy the art of storytelling through ink on paper, or through the films, and enjoy the comic characters we grew up with.