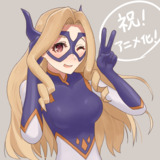 Watching her gaze out the window, distraught over a reality that simply no longer existed, Kajia had trouble relating to Gaige. Maybe it was just a difference in their ideals. Or maybe she had too much on her plate back in this reality to really sit down and give it much thought. Regardless, even if she couldn't feel what Lizzy was feeling, she could understand.

"Hey! Stop worrying about a dream when you have stuff to do here in the real world."

Didn't mean that she would just let the girl drown in toxic thoughts and spend her time thinking about the greener grass in a pasture that's never coming back.

"You may not want to hear it, but I'm gonna tell you the same thing that my boss told me. You're here in a warm bed with good food in a safe place and are surrounded by people who love you. You've got a new eye, so haven't really lost much, now have you? Things are good now, no need to be upset about anything. And come next week?" she paused to let Lizzy come to her own conclusions, but didn't give her the time to answer rhetorical questions, "Somebody's gonna start some other mess of trouble and we'll have to deal with that when it happens, too. So, how about we make good use of your time, now, while things are good. When you get outta this hospital bed, what's the first thing that you want to do? And, for the love of God, please say anything aside from 'work on my robot or do someone else a favor'. Unless that's really something that would make you happy. But let's do something for Lizzy."

Gonna take a guess and say that he doesn't have a license, lol

Now, you must do something with this!

This was well written.

*doesn't notice a thing from within the cabin*

"Well then it's settled, but the question is, where exactly to put her?" the leader of this particular meeting concluded.

"Do you remember the recent events of France?" a portly man asked.

"You mean that incident with the giant, the mage and the devil who were run off by our Maverick forces? What of it?" the leader asked.

"She did a number on that giant while fighting alone, and using technology that she managed to make with her own limited resources, no less." the portly man replied.

The leader laughed for a moment, "A number? That's not how I remember it. The giant was barely wounded and the pilot's mech was crushed. In fact, the footage seemed to show that the giant was unharmed as it fled from battle. Must have a healing factor or something..."

"You're missing the big picture, Sir. Regardless of whether that meta was sentient or a mindless Kaiju, Miss Leet held her own against a giant monster effectively. She held her own, in single combat, with tech that she had crafted from her own limited resources. You know how the UNKD operates, you're not supposed to take those things on alone and expect to survive. And yet there she is, not a month later and she's fighting another abomination on a port. With her engineering prowess and bravado she'd make one hell of a soldier for the titan slayers over there..." the portly man explained.

"Fair enough, all in favor of offering a Miss Lizzy Leet a position at UNKD?" the leader asked.

Eight hands go up, one stays down.

"You can't be serious!? UNKD stockpiles weapons of mass destruction and terror. They may not be aiming at us, but how can we expect the same compliance from a terrorist!?" exclaimed the hand that stayed.

"The UNKD has been able to handle a walking nuke living in their bases with no issues thus far. I think that they can handle another loose cannon. Besides, we can keep a better handle on her when she's surrounded by armed men than we ever could by just letting her roam around as a vigilante with no chain of command." the leader explained, "And if she turns us down, then we have all the clearance that we need to put a hit on her."

With a small nod and a sigh, the final hand went up. The leader nodded in agreement and concluded the meeting, going straight to work to see about recruiting what may be a very promising soldier.

A message would be sent to the young girl's email, providing her with a brief explanation and a simple choice:

The is the authority of the United Nations contacting you with an urgent proposal. You have one week to respond before this offer expires. Recently, you have been labeled as a terrorist and have been under careful surveillance by our personnel. We wish to give you an opportunity to both erase that blemish from your file as well as form a mutually beneficial arrangement with us. Your valor, ingenuity, and tactic that was revealed to us during your battle against the titan in France has impressed us, and we wish to help cultivate your gifts for the good of mankind. At the bottom of the page, you will find two clearly labeled links; a yes, and a no. If you choose yes, then you will be provided a list of instructions for your introduction into the UNKD to help combat Kaiju threats. Your research will be funded by the UNKD, and your record will be wiped clean. If you choose no, then you will not hear from us again. Regardless of your choice, this email will be wiped from your system as soon as a link is chosen. We trust that you will be a woman of your words...

Alright, now that I have time, let me get this started, lol

@mercy_: @feral_nova: Could you pin this to the board, please?

You guys cool is I start the rounds this weekend?

I can try to put them up sooner, but this weekend would honestly be best for me.