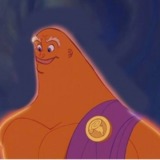 I'm trying to create a list, but whenever I try search for specific characters or teams, it doesn't show up in the search bar.

This has happened to me in the past before. But I figured I might as well ask if there's a fix to this technical difficulty.

Thank you in advance and have a good day.

I voted Brain Boy because it's a unique use of alliteration for a superhero codename. Design wise I like Blackout and King Tiger's got me interested because I like martial arts films and fighting games. So superhero martial artists pique my interest greatly.

Yes. I would like to see Banshee come back to life.

Great, because I'm pretty sure he already was.

Only as an undead minion for some bad guys as far as I could tell. I'd like to see him come back for real was what I'm saying. By that I mean as a living person not under the control of some Necromancer's will. A member of the X-Men.

Yes. I would like to see Banshee come back to life.

When can we expect to see this new Avengers NOW series on the comic book stand? Does it have an announced release date?

Is that Deathlok in the Avengers NOW group-shot on the far right? If so, awesome.

I like Tony's (or Arno's/whatever) new armor here. Even if it looks like some militarized apple product.

Would Thundra, Ka-Zar, Shanna the She-Devil, Cloak, Dagger, Silver Surfer, Beta Ray Bill, Bill Foster (if he comes back to life), Brother Voodoo and Squirrel Girl make for some good additions to the Avenger?

Off-Topic Question: So with those lineups above, would that mean that both Cosmo (GotG) and Sikorsky (Starjammers) both be the designated non-combative support roles for their respective teams?

On-Topic Answer: As for the fight, I'd say it would be a pretty even match. Groot and Ch'od would be equal in strength, each side has either the Phoenix Blade or the Elemental Gun. I'd say that the Starjammers' ship is probably more powerful since it is Shi'ar tech after all.

Sleepwalker is pretty cool design wise, but isn't he more Midnight Sons material? Or is he not really considered occult-like enough to qualify as a member of the Midnight Sons? He does come out of the Mindscape whenever Rick Sheridan falls asleep. I'm not egging you about wanting Sleepwalker to become an Avenger or anything (I think it's a great idea in and of itself), I'm just asking if his abilities are occult in nature or more along the lines of science fiction.

The mutant powers I would want would be:

Multiple Man's Self-Cloning: I could multitask without limit. I could send my clones to work/school in my place so that I can sleep in. I would also send my clones out to learn new skills such as martial arts or whatever else I want to learn in a quick time-span. Anything the clone learns, I learn once the clone comes back to me.

Nightcrawler's/Blink's Teleportation: So that I could get to work/school in an instant instead of taking a tedious commute.

Wolverine's Healing Factor: So that I can not only live longer, but indulge myself in recreational substances without having to worry about any negative consequences to my health that could arise since my body would get rid of any toxic chemicals that could kill me. It would also be useful for surviving external damage if I'm unlucky enough to end up in such a situation.