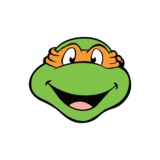 Can't believe I wrote this almost 8 years ago and now I'm working at Valiant. Beyond lucky.

You still have time to make this, Marvel :)

It's funny to see how much the conversation about Kraven in battles has changed. I remember getting a lot of flak for this, but now people think he could wreck Captain America. Nice to see Sergei finally getting some respect :)

Well said. Havent seen a better written post in some time. I wish i could tweet this.

Can we upvote an article? Because I really want to right now

Just saw these comments. Thank you so much for the kind words.

I think my order would be:

Four out of five so far!

First allow me to say that I'm huge fan of this series. It's fun and well written.

Since I agree with you on every other instalment of "Does Batman always wins?", I decided to comment the one I'm actualy disagree with you.

First fighting skills. While Kraven is undoubtedly skilled fighter, I think you shouldn't put too much weight into Marvel's power grid. The same grid that ranks Black Panther (someone who, I think we both agree, is superior h2h combatant than Kraven) on 5 out of 7 in fighting skills. In all honesty I wouldn't put Kraven above 5, while Batman should be ranked on 6 if not on 7 (he was stated multiple times to perfect all fighting styles, which is prerequisite to be ranked in Marvel's power grid on 7), like Wolverine. That's more than significant difference.

Regarding equipment, I think you slightly overestimated Kraven's poisons. His darts can be dodged or intercepted by Bruce's batarangs, gloves or cape, and I doubt that darts (or knives) would be able to pierce Bats suit. Kraven would have to target his jaw, the only exposed part of Bruce's body, And asince Bruce is highly mobile fighter, I doubt Kraven would land a hit. I also don't see poison gas as a game changer, as Batman employs the same tactic quite frequently (and would react by simply leaving the zone), and (as far as I know) he keeps gas mask in his belt. Besides, Bruce has immunized himself to many poisons, and has proven ridiculously resistant to some in the past. And he carries antidote in his belt. I know that Kraven's poisons are custom, but I think that Batman's resistance (combined with antidote) would allow him to continue fighting for long enough to see this through.

I actualy think that stealth can be a deciding factor. The fight would, of course, be mostly h2h engagment. However, if Kraven gets the edge thanks to his superior physicality, Batman will most likely retreat and resort to stealth and hit-and-run tactic. Seeing as he was able to avoid detection from beings with equal or superior senses than Kraven's, I doubt the Hunter would be able to detect him. And even IF he would, Batman would notice his enhanced senses and procced to target them with gases, sonics and so on.

Other than that, thanks for your work.

And by the way, Batman vs Elektra. What would the outcome be in your opinion?

Hey, thank you for the great comment. I'm glad you enjoyed reading this series - I definitely enjoyed writing them!

For what it's worth, my thoughts on Kraven's hand-to-hand skill aren't based on his ranking in the handbook. It's there as extra proof to help get the message across that Kraven is skilled, which I think some people may have not known. I was hoping the examples I provided would be just as important to the reader (i.e. extensive training for decades, focus on nerve strikes against a fast opponent). That said, I definitely agree that those rankings can cause some major eyebrow raising. If I remember correctly, Punisher was ranked above Daredevil, and like you said, Black Panther's only a 5, but he should be above that, especially if Kraven is a 6. I believe those rankings took skill with weapons into account, but regardless, there's no doubt that T'Challa should be way up there.

I don't think Kraven landing a game changing hit on Bruce would be easy by any measure (if I remember right, I barely gave Kraven the edge in this fight, meaning I think a strong argument can be made for either side), but I do think it's possible since he deploys them in multiple ways, especially up close. Tagging Bruce at a distance is seriously unlikely, but up close, I believe a glancing slash would give Sergei the opening he'd require. When writing this, I was thinking that Batman would not be completely immune to cutting damage. (Fun fact (and super small spoiler): the upcoming issue of Rocket Raccoon reveals that Kraven has an adamantium knife - something I obviously didn't know at the time of writing this, and it's up to you whether or not you'd like to factor that into this fight.)

I agree that stealth can be a deciding factor, but I didn't view it as likely because of the short starting distance and Kraven's speed. Still, it's good that you're taking it into account and if Batman did resort to hit and run tactics I think he'd take it, especially since it means he'd start using a better variety of equipment. However, given Sergei's combination of speed, skill, durability, and strength, I think it gives him the edge in a first random encounter. If Bruce can slip away to do what you're suggesting, his odds go way up. That said, I think it's the kind of fight where he's dropped, and then takes it way easier in a rematch since he knows blunt force is pretty much useless.

Thank you for reading this and sharing your thoughts so constructively.

Batman vs. Elektra... As much as I love Batman, I think I'd be rooting for Elektra. However, Bruce's skill and variety of equipment makes me believe he'd eventually win. What do you think about that one? Regardless of the winner, there would be some mighty fine fight choreography going on.

Happy belated birthday, CV! In three years you can join the Teen Titans! :)