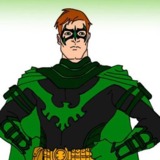 ...That's right, I used to rant on blogs about comics, huh? Sorry if I come off rusty, then, as it's been a while...Well, after my review of the newest issue of Batgirl, it seems I was unfortunately correct, in that Gail Simone is very clearly wrapping up everything she's done with the book before October, when a new creative team will be taking over and taking Babs in a whole new direction.

Before I continue, I should preface this rant by saying that I do NOT hate this decision. Am I gonna miss Gail writing Batgirl? Of course, she's the one that brought me back to the book after Stephanie Brown's time under the cowl was retconned away. And, let's face it, Gail Simone practically IS Barbara Gordon. She has been her voice for YEARS now. But, that does not mean that no one else should ever get a shot at writing her. I also don't necessarily dislike the story they're going with, wherein Babs is moving to a borough of Gotham called Burnside, where she'll be building a new social life in the trendy area, going to grad school, and having to rebuild herself as Batgirl with a whole new costume, as apparently everything she owned was lost in a fire.

All of that said, I DO have a problem with this story, and it mainly centres around the fact that this does not feel like a Barbara Gordon story. This feels more like a Stephanie Brown story. And I don't mean that in any kind of negative way, either, simply that it would suit Steph way better than Babs. It just feels like an odd direction to take her. Then again, I suppose that's sort of the point, is that this is going to be a more light-hearted story that's largely disconnected from the other Bat Family books. And hey, I am NOT about to argue against a light-hearted story in DC, especially since I was a huge fan of Steph's time as Batgirl, which was VERY light-hearted.

But then there's the new look for Babs. This is a problem for me, and not even that I find it to be a bad costume, because it isn't. In fact, I actually rather like it. No, I instead take issue with Babs looking like a teenager all of a sudden. And don't anyone dare tell me that she's a teen, we have established that she has been to college, so she's probably closer to her early 20's. On top of that, going back to what I said before about this story better suiting Stephanie Brown, I want you to really look at this picture. Now imagine Batgirl in this pic to have blonde hair, on top of the costume's colour-scheme, the youthful expression and pose, and even the leg pouch...Yeah, kinda hard to ignore now, ain't it?

The only other thing I have to complain about for now is that, while I've heard that Alysia is apparently still gonna be part of the supporting cast, it's probably going to be in a VERY reduced role. As someone who has grown to love this character and her chemistry with Barbara, to the point where I honestly wish Babs and Aly would dump their respective significant others and date each other, this bothers me.

Other than those issues, I don't really have too much to complain about with this change, and I will be giving the book and its new team a chance. Also, I will be keeping an eye out for whatever Gail Simone's next DC project will be. Let's just hope that everything turns out for the best, and we can continue to enjoy this book for a lot longer to come. Ja né!