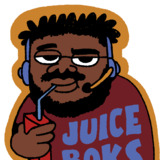 I keep a #2 on me cuz they stay testin me

Batman vs. Superman: Faithful or Faulty?

Now as we all know Batman vs. Superman has been out for a few weeks now, and is at best a "new-ish" movie at this point. So no spoiler preface should be needed, but for those of you who haven't taken the chance to watch this film(you're likely waiting for the Blu-Ray release like a smart person) but still want to go into as objective as possible, this review isn't for you. But for the rest of you, I do believe you'll find this quite an enjoyable read. So without further ado..

..let's jump right into this.

Plot..as if we didn't already know.

The movie starts off at the most epic 15 minutes of Man of Steel, when Clark and Zod go head to head in a fierce battle that turned into a city contractor's worst nightmare. This time though, we get to see things from the citizen's point of view(but mainly Bruce Wayne) as they scramble to find cover from the collateral damage being inflicted on Metropolis. This whole scene serves to introduce the notion that perhaps Clark is doing more harm than good, and how Batman feels about the situation(in case you couldn't guess, Bruce isn't very fond of Clark at this point).

Because of this and another instance of Clark exercising his own power to do what he feels necessary regardless of what others may believe, the U.S government and news media question whether or not Superman's presence is good for the rest of the world. Lex sees this point of conflict as an opportunity to rise up and rid the world of Clark for good. And he does this by manipulating a series of events ending with him and Batman facing off against one another in the hopes that either Batman gets rid of Superman for good, or Superman ends up killing Bruce and proving to the world what a monster he really is.

Of course neither of these turn out to be the outcome Lex expected, and upon seeing this he releases the artificial lifeform he engineered in hopes that it would end up killing them both. The monster(aptly named Doomsday) turns out to be too much for the duo to handle, and just when things start to look blue for our heroes..

..here enters the princess of the Amazons herself to lend a shield. This leads up to an epic showdown between the freshly formed trio and Doomsday, that ends with Clark's sacrifice to put a permanent end to the monster's reign of terror. Luthor is put behind bars for his many crimes, and a funeral is held in honor as the world mourns the death of Superman. Or at least..the apparent death of Superman.

What it did right by me

Setting up the Justice League-At one point Bruce comes across encrypted files featuring footage for Aquaman, Flash and Cyborg. While we don't get to see too much of them in action, it was just enough to get us talking about their roles in the upcoming DC films.

The action-Snyder did a fantastic job of directing the Batman and Superman fight, the warehouse rescue of Martha Kent and the ending battle. They were easily on par with anything Marvel has come out with and as a fan of Frank Millar's TDKR, I was especially pleased to see the homage to the final fight scene between Batman and Superman found in that classic piece of work.

Where it went south..

Bruce's characterization- As much onscreen time we got with Batman, we hardly learned much about his character. Putting aside the banter and action, all that was really cemented about him was his hatred for Superman and even that changed after a two-word sentence uttered by Clark. We had a whole movie to devolop Superman's character, and it would've been nice to to at least paint a decent picture of Batman's character for the audience to be invested in. Sadly this wasn't the case.

Lex Luthor's lack of motivation-This was never made entirely clear in the movie. We learn that Lex absolutely despises Superman, but for what reasons are left mostly up to the audience's interpretation. And for the leading antagonist's motivations to be rather ambiguous does not make for a very strong plot. Much like Batman, Lex got more than enough camera time for us to learn about him past his intentions.

This Doomsday only somewhat resembled any of the other incarnations. In every other form of media from the original comics to the animated shows/movies, Doomsday is a brutal and calculating killing machine. In this movie he's tantamount to a mindless animal who makes Shrek look like Chris Hemsworth. Just..awful.

Lois- Oh Lois..you just have to have your entitled nose in everything. We get it, you're a journalist with a strong opinion. But did you really have to have your hand in literally every single major plot point? Did we have to have your relationship with Clark highlighted at several points in the film? Man of Steel already make it clear enough the lengths Superman would go to save you from accidentally stubbing your toe. Hell even Lex points out that Clark would quite literally travel to the ends of the Earth to keep you safe. Your screen-time didn't add anything to the plot, and we would've done well if it were cut in half. But keep that scene where you tripped trying to get the kryptonite staff. That was funny.

Clark's death-This could've easily been avoided if Clark wasn't so hung up on Lois' presence that he had the forethought to get the badass warrior princess going toe to toe with Doomsday to deliver the killing blow instead of making himself do it. Diana could have gone to get the staff while Superman occupied Doomsday but no, Lois was there and needed something to do to feel useful. Give me a break..

Clark's demeanor- This is perhaps my greatest gripe with Batman vs. Superman. At the time of contention between what Clark should and shouldn't do, one would think that the being in the middle of this worldwide debate would have a strong opinion of it all. That the living example of absolute power not corrupting absolutely would be able to give something akin to a heartfelt speech of how much he cares about the Earth and has nothing but it's best intentions in mind. His appearance at the Capitol building to defend his case was a perfect chance for the audience to really connect with the bastion of hope and justice that we have all come to know. But instead we got more reason for the world to hate Superman, while he decided to leave on a self-imposed exile. Henry did well enough with what little actual meaningful lines he was given, but ultimately what we got was a Superman so hung up on his own emotions that he couldn't properly address the biggest question of the movie. Is Superman really a hero? Looks like we're going to have to wait a few years until that question is answered.

This movie was not one I particularly enjoyed at all. The amount of exposition it had for a plot most of us are already familiar with(because it's been done several times) was completely unnecessary. This was the first comic book movie where I actually fell asleep for 30 minutes part of the way through, knowing that I could do so and not miss a single plot point(and I rewatched it to reassure my suspicion). There was no positive moments in this movie at all, and for one that's supposed to be a big debate centered around the most popular name in comic history is quite an injustice to Superman. We got an excessive amount of Superman and Lois, instead of characterization for Batman and Lex. The latter were much more vital to the overall plot, but she was given more interactions with Clark like we needed another comic book movie romance film. Snyder, you might as well have renamed the movie with a more apt title so we could all go into it with a different set of expectations.

Rating: 4 glasses of Grandma's peach tea out of 10.

So I swiped the idea of @joygirl and @the_red_viper and made my own team. Look for a CAV in the making between us and perhaps one more :D

Now allow me to introduce..

Born on an alien planet and destined to sacrifice his quiet past life for a one of cosmic servitude. He travels the universe, doing his master's bidding but at the same time fulfilling his dream of being one with the stars. A pacifist at heart, he wields immense power that if left unchecked could mean the end for both friend and foe alike.

Nathaniel Adams was unjustly framed for a crime and chose the job of a military guinea pig over death. A nuclear experiment that seemingly went wrong, turned Adams into one of the most powerful superheroes on earth. With his vast energy and matter manipulation, Adams is an irradiated force to be reckoned with.

A founding member of the X-men and one of the most powerful mutants on Earth, Bobby Drake first realized the power he holds when he accidentally froze the neighborhood bully in a confrontation. Soon after, he was recruited by Professor X and has since proven to be an extremely vital member of the team and has even lead it on several occasions. His cryokinetic powers are so finely tuned that his foes have absolute zero chance of walking away without a bitter cold shoulder.

This imperfect clone of Superman has actually proven to be one of his most deadly adversaries. He possesses all of the Man of Steel's powers including some that are turned opposite, much like his own personality. Misunderstood by many, and feared by most. Bizarro can throw down with the best, but will always fail a 1st grade English test.

Any qualms these guys had with each other have been squashed for the good of the team. They may not have any fancy shmanzy weapons for combat, but they're bodies are volatile containment fields of mass destruction that would have George Bush hiding under his desk. Woe to anyone who tries to test the power within these white skinned warriors.