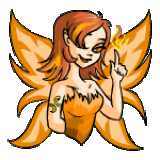 Welcome ComicVine to the second installment of Project 500. Project 500 came as an idea from reviewer Silkcuts as a Jam session style review where a few users come together to write a series of reviews. The first review for Crisis on Infinite Earths #1 was a jam session, while the reviews for the other issues of Crisis on Infinite Earths will be handed off baton-style from reviewer to reviewer.First off, thanks to Silkcuts for starting off this project! I just knew he had somethi...

In the 1960s and 1970s, instead of launching new titles, DC Comics would take a concept and try it out in a comic series it called Showcase. They would give a series 1-3 issues, and if fan response was positive, it would spin it off into its own series. Some of the features in Showcase ( Flash, Green Lantern, Atom, the Metal Men) spun off and became big successes, while others never got their own series.  This is the debut of one of those “failures”: ...

I really want to like Power Girl. I really do. She has such potential. She's a powerful woman, with an iconic look, and not some knockoff of another super-hero. (Yes, I know she is, but at least she doesn't have a big "S" on her chest). However, whether it's because of her muddled backstory or the fact that most writers find it hard to write for a strong, independent woman, I always find her stories wanting. When she's in a super-hero team, she's either written as A) the bitch or B) the slut. No...

After re-reading the 12 issue run of Black Condor, I'm pretty sad. This was a series that had some really good potential, but when downhill pretty fast.  At the start, the premise seems interesting: here's this Native American, Ryan Kendall, who has been given the powers of flight, telepathy, and enhanced senses by his evil uncle, the head of a secret society. But instead of playing hero, all Kendall wants to do is hang out in the pine barrens of New Jersey protecting the wildlife with his buddy...

I was surprised at how interesting a re-read this miniseries has been a couple decades later. There are a lot of firsts here in the very first retcon of J'onn J'onzz' origin. First off, we get a first name for Dr. Erdel (Saul), and a surprise that he is still alive. I think a lot of writers between here and Brightest Day still refer to Erdel as dead; especially in Martian Manhunter's ongoing 1998 series. It had even slipped my mind that he was still alive. Second,  we're first introduced t...