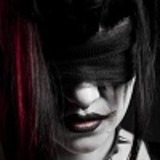 I know that things are getting harder, but you're not getting smarter.

The Theik2 Library of Ultimate Excellence

Over the years and the many phases of ComicVine's Fan-Fic board, one writer has tantalized our senses, enticing laughter, vague interest, polite advice, and occasionally cruel mockery.

Known for his complete lack of proper formatting, seemingly wandering and pointless story, small word count, shameless femslash, and overall sub-par writing, he -- despite a total lack of support -- continued to churn out work week after week for the sheer love of doing so.

Now that he's gone, and has started to fade from memory, I intend to honor that passion for his craft with the Theik2 Library of Ultimate Excellence -- where I will personally reformat, proofread, and edit each Theik2 story into a masterpiece.

Batgirl and Batwoman, Vol. 2 -- Revenge of the Riddler (Original) by Joygirl

Note: If you share my dream of acknowledging Theik2 as the best writer to ever live, feel free to edit stories and link them to me! Be sure to post links to the original story in your remastered version!